Nvidia is teaming up with Activision to include a copy of Call of Duty: Black Ops Cold War with RTX 3080 and RTX 3090 graphics cards for a limited time. As one of the biggest RTX-supported games of the year, Black Ops Cold War should be a great showcase for ray-traced lighting and the performance benefits of DLSS.

Call of Duty: Black Ops Cold War is releasing on the 13th of November, taking the reigns from last year's Modern Warfare. If you buy an RTX 3080 or RTX 3090 graphics card, or a pre-built PC featuring one from a participating retailer before the 10th of December, you will get a copy of the game for free. 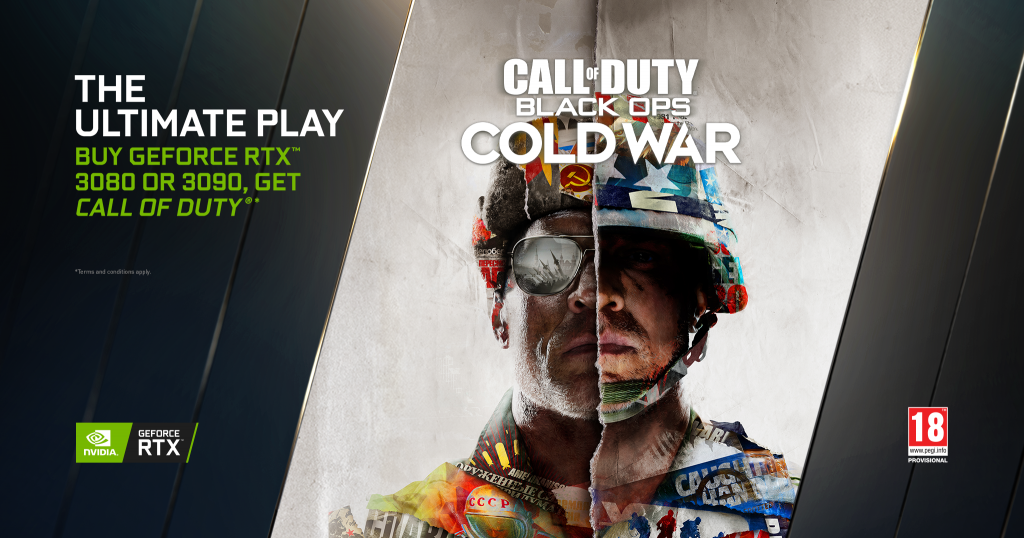 This new bundle replaces the previous one, which saw RTX 30 series buyers given a copy of Watch Dogs Legion.

KitGuru Says: Are many of you planning on picking up an RTX 3080 or RTX 3090 before the end of the year?