The Witcher 3 has been a massive critical success for CD Projekt Red and it seems those years of hard work crafting the game have truly paid off as this year, The Witcher 3 surpassed 25 million copies sold. That is around five million more than the figure CD Projekt Red announced this time last year, so it seems plenty of people are still jumping into the game for the first time. That's not the only good news CD Projekt has for us this week though, as it also gave a quick update on how Cyberpunk 2077 is going and touched on the possibility of a Witcher 4.

We don't know how much of a split there is between Steam, PS4 and Xbox One but it certainly is an impressive figure and will keep the studio stable while it works away on Cyberpunk 2077, CD Projekt's first original IP. All of this news came out of the studio's recent financial results conference, during which an investor also asked about the possibility of us getting a fourth Witcher game.

There was some excitement earlier this month surround a new Witcher title but that turned out to be fake. This time around though, one of the studio execs said: “The Witcher was designed as a trilogy and a trilogy cannot have a fourth part, can it? We like this world a lot. We invested 15 years of our lives in it and a lot of money. So, we'll think about it”.

It's not a confirmation by any means but at least it shows that perhaps this series will be revisited in the future. That said, for now, CD Projekt's focus is really on Cyberpunk 2077. 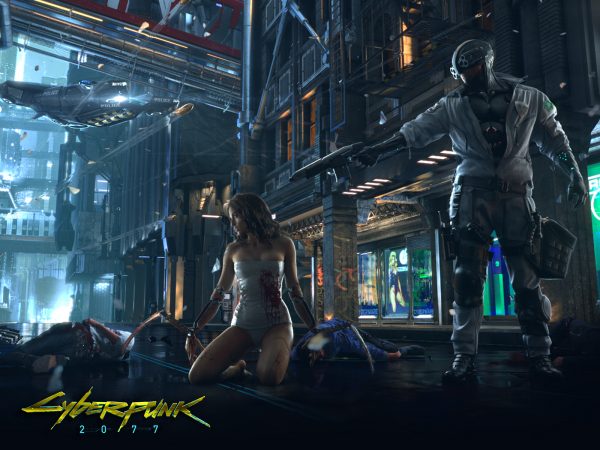 Following all of the Witcher talk, CD Projekt Red co-founder Marcin Iwinski chimed in on how Cyberpunk 2077 is going and while development is ‘quite advanced' at this stage, the studio will soon be going silent on the topic until the game is at a point where it can be shown publicly:

“Right now it's the end of talking about Cyberpunk until we can go out there and show stuff and say, ‘Hey, here it is,' because that's how we do games. There is too much talking about what it possibly could be, and how big, and when we show it, we should show it and explain it. So I'm going to have people not read anything about Cyberpunk probably for the next… time, whatever the time will be.”

KitGuru Says: Following the success of The Witcher 3, CD Projekt Red has more eye on it now than ever. From the sounds of it though, it could be quite a while before we hear anything new or see footage of Cyberpunk 2077. Perhaps we will get an update in 2018.