If you have been following KitGuru for a while, then you have probably noticed that we like to give back to our readers whenever we can. That is why this week, we are teaming up with Gigabyte and HyperX to offer up an excellent hardware bundle. 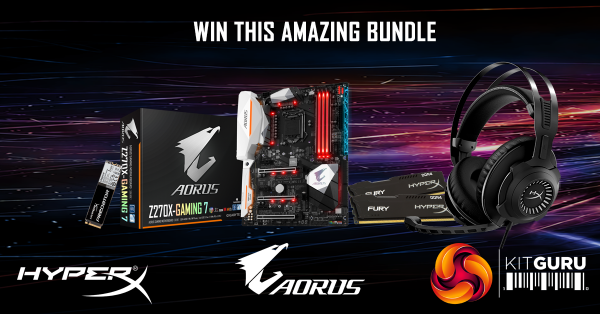 This giveaway is running via Gleam.io, so there are multiple ways to rack up entries. You can either enter through the widget below, or you can head over to the page directly.

As always, there are some terms and conditions to be aware of. Due to shipping limitations, this particular giveaway is only open to residents of the UK and Ireland. The giveaway ends on the 12th of April and a winner will be announced publicly shortly after.

KitGuru Says: Good luck to those that enter! We will announce the winner soon after the competition ends.