Cyberpunk 2077 is coming in just a few days time and as the biggest game of the year, a lot of people are going to be looking to play on day-one. To make the download process smoother for everyone, pre-loading begins going live today on multiple platforms. We also know exact times the game unlocks on various platforms across the world.

Starting today, pre-loading for the PC version of the game on GOG is available to pre-load. At 4PM this evening (GMT), those who pre-ordered the game on Steam of the Epic Games Store will also be able to begin pre-loading the game.

As for console players, pre-loading on Xbox One and Xbox Series X/S consoles is already live. PS4/PS5 owners should be able to pre-load the game starting from the 8th of December. All versions of the game will have a day-one patch though, so there will still be some downloading needed at release. 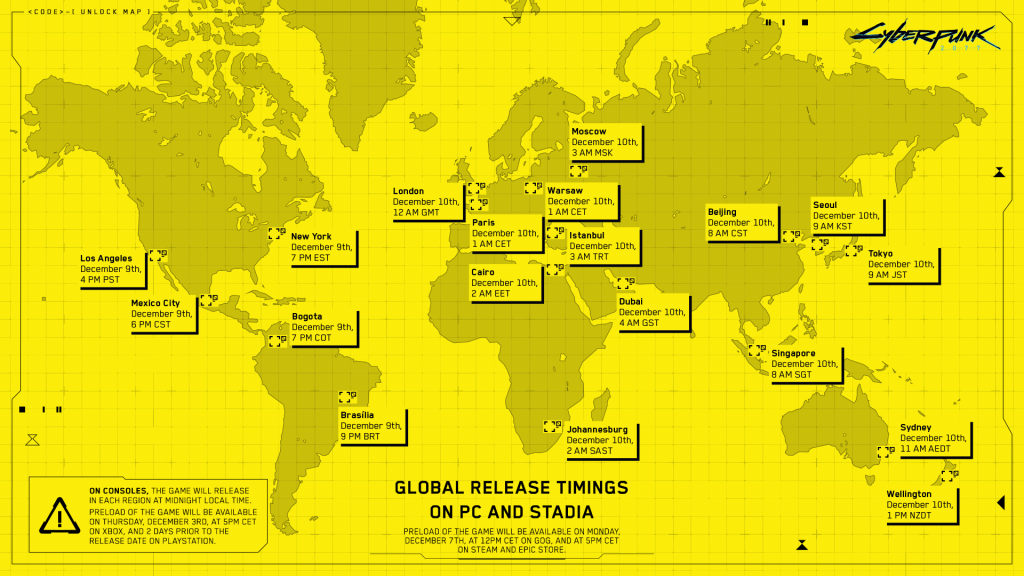 Now as for unlock times, the game has a simultaneous release scheduled for midnight (GMT) on PC and Stadia. Console owners will have the game unlocked as soon as it turns Midnight December 10th in their local time zone.

Cyberpunk 2077 is launching on the 10th of December, requiring 70GB of storage space on PC and 60GB on Xbox and PlayStation consoles. Down the road, there will be multiple free DLCs and paid expansions, which will raise the storage requirements for the game over time.

KitGuru Says: Are many of you planning on playing Cyberpunk 2077 as soon as it unlocks?

Previous The Initiative’s project is said to be a “3rd Person stealth action game”
Next be quiet! Silent Base 802 Review