Dragon Age writer talks about the reality of cutting content

Dragon Age Inquisition writer, David Gaider, posted a rather lengthy blog post on his personal Tumblr describing the current state of the game and explained a little about the reality of cutting content. Inquisition is currently heading in to the Alpha stage and while new content is still in development, it can be a challenge to get all of the current ideas to make sense together.

“This is also the stage where most of the big cuts happen, since we can still create new content to deal with those cuts (as in “change the writing to accommodate a change in the story flow”). Once we hit Alpha, cuts are generally things that are simply excised in their entirety, without any ability to really work around them for the sake of logic or flow.” 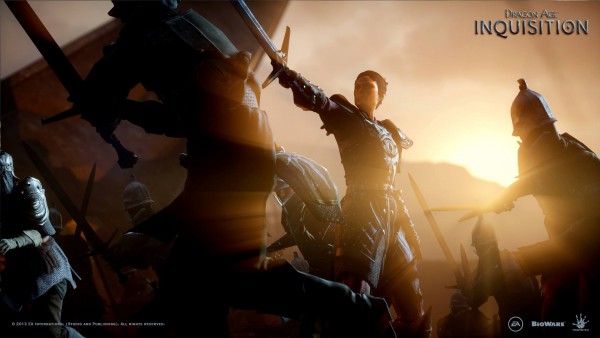 Most of the voiced content for the game has been recorded at this point but there is always potential for something to be cut and be replaced with something that makes more sense in the story. That aside though, the bulk of the work in the writers room is now going towards “non-VO text,” which essentially means anything that needs words such as item descriptions, GUI text and ability descriptions.

“Still, we have to handle all bugs that come our way, and be responsive to any cuts that are occurring. This is a pretty stressful time for everyone. Every cut feels like it’s reducing the overall quality of the game, until there are so many of them you feel like you’re producing a piece of crap-until you remind yourself that every game goes through this, and the alternative is shipping late or not at all.”

Dragon Age Inquisition has been in a playable state since late last year, the title will release on the 9th of October on PC, Xbox One, PS4, PS3 and Xbox 360.

KitGuru Says: I’ve only played a little bit of Dragon Age Origins, most fans didn’t seem to like Dragon Age 2 though. Are you guys looking forward to Dragon Age Inquisition? Do you think Bioware will steer clear of the things people didn’t like about the second game?