Star Wars films to be re-imagined as interactive story books

Following from the recent Star Wars VII cast announcement, Lucas Film has revealed that it is in the process of re-working the older movies in to interactive story books for smartphones and tablets, starting off with The Phantom Menace.

The books will be titled Star Wars: Journeys, the first one will be based on The Phantom Menace and will cost $6.99 in the App Store, there will be an Android release at some point in the future. The other 5 Star Wars movies will be release sequentially between now and the next film, which is due out at the end of 2015. 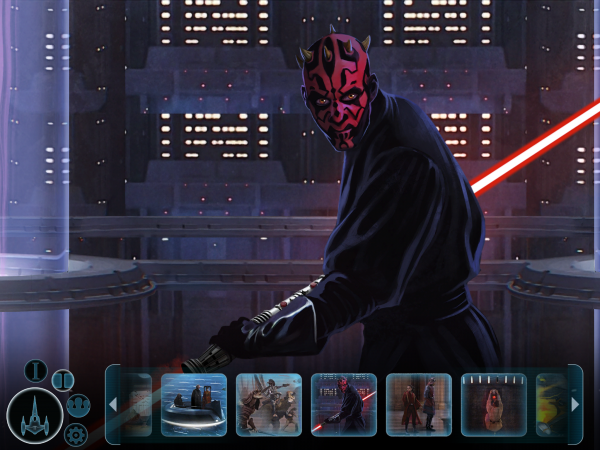 Each book will be split in to three parts, the first Journeys game for instance will feature a part based on the pod racing scene, the pod racing scene will also act as a mini game. It all sounds a bit simple and a little childish, but it’s supposed to as these apps are aimed at kids aged 6-12 rather than the more mature Star Wars fan.

KitGuru Says: Not a particularly great announcement, I’d much rather we got more news on one of EA’s upcoming Star Wars games from Visceral or DICE.