Not a lot is known about the commercial version of the Oculus Rift virtual reality headset that is due in 2015. However, it is known that Oculus VR is developing a version of its VR gear that is considerably more powerful than the existing devices aimed at game developers and features photorealistic graphics, according to people, who tried it.

The first-gen Oculus Rift VR headset designed for software developers supported 640*800 resolution per eye, whereas the second-gen development kit features 960*1080 resolution per eye at 75Hz refresh rate. Both DKs are equipped with gyroscope, accelerometer and magnetometer. Although the Oculus Rift DK2 based on the code-named “Crystal Cove” concept should be dramatically better than the DK1, it hardly can provide realistic image quality when virtual looks like real. 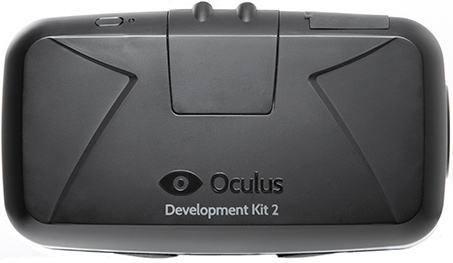 However, Oculus VR has something that does offer photorealistic experience, according to Andreessen Horowitz partner Chris Dixon, an investor in Oculus VR, who tried the device in a secret room while at Oculus Rift headquarters in Irvine, California.

“Crystal Cove is 50% of what they are running in [their HQ],” said Mr. Dixon in a conversation with Business Insider. “You go into a room. It is a special room. Fancier headset. In user testing it gets to a level of realism where almost all people feel that it is realistic.”

No technical details about the prototype virtual reality headset are known outside Oculus VR. What is known is that the VR gear is connected to “a giant server” with “a massive amount of processing power” and takes up a whole room. Oculus expects, eventually, to be able to shrink the size of the prototype into units that can be sold commercially, according to Business Insider. 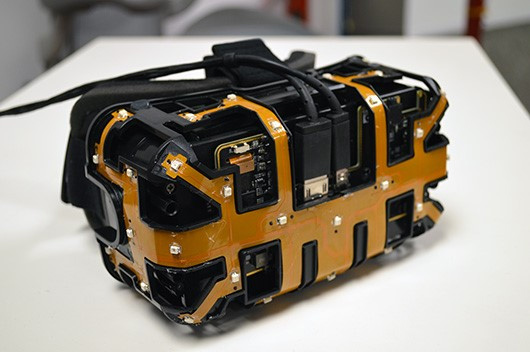 It is highly likely that the secret prototype features an ultra-high-definition resolution display (or maybe a display with full-HD+ resolution and antialiasing) with very high refresh rate (at least 100Hz) and minimal response time as well as very advanced motion sensors. The unit is probably connected to an ultra-high-performance system that receives information from sensors and renders photorealistic graphics so fast and so smoothly (at a framerate that equals refresh rate of the display and adjusted to how human eye and brain receive and process information) that people cannot tell the difference between virtual reality and reality.

“Imagine everything you can see now, but it is a little bit pixelated. Eventually that [pixelation] will go away,” said Mr. Dixon.
An official from Oculus VR confirmed existence of the demo room with an Oculus Rift prototype which provides photorealistic experience.

KitGuru Says: A relatively small UHD display with high refresh rate and which could be integrated into a VR headset is, perhaps, a year away from mass production (there is a 6.1” IGZO display with 2560*1600 resolution from Sharp and 10.1” LTPS display panel with 3840*2160 (4K) resolution from Japan Display already, smartphone with 4K screens are predicted to emerge in 2015), so, creation of a 4K VR headset is hardly a problem. However, computing power that would be required to process data from sensors and render graphics at a frame-rate that is adjusted to human eyes and brain may not be there for a couple of years at least. Moreover, to really create photorealistic virtual reality, software should work in absolute synchronisation with hardware. Such software is probably very far away…