Over the years, we have come to expect annual sports game releases. We see titles like Madden and FIFA pushed out on a yearly basis and sell millions of copies each time. However, things might not always stay that way, as EA’s CEO, Andrew Wilson envisions a time where these games can switch to a ‘live service’ model instead.

During an interview with Bloomberg this week, Wilson spoke briefly about a future that doesn’t involve annual releases for games like FIFA or Madden. Instead, these games could switch to a digital ‘live service’ or subscription model, with incremental updates throughout the year. 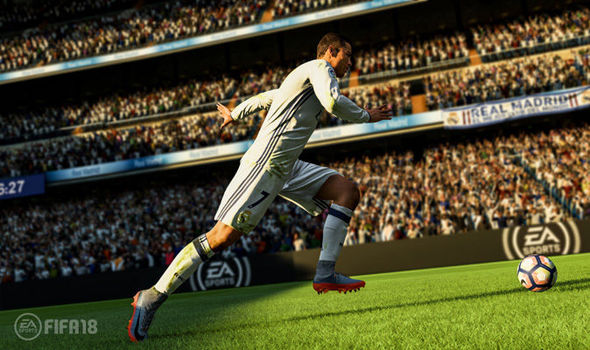 “There’s a world where it gets easier and easier to move that code around — where we may not have to do an annual release. We can really think about those games as a 365-day, live service”.

EA has been exploring the subscription model for some time now. It kicked off with EA Access, a subscription service that grants users access to a library of ‘vault’ games, with newer titles added between 6 and 9 months after release. There are some challenges that EA needs to overcome first though:

“When we design a game that lives in a true streaming world, we have to think about screen size and session time. How does a Madden game that exists in the cloud manifest on your mobile phone, one minute at a time? How does that manifest on your 60-inch TV, an hour at a time.”

The video game industry is shifting more towards digital sales, not just in terms of the games themselves, but major publishers have also begun seeing an increase in post-launch content sales. Ubisoft recently saw DLC and microtransaction revenue surpass digital game sales for the first time. Take-Two is moving to include microtransactions in all future games following the success of GTA Online. It seems that EA is also moving towards a future like this, where selling a game is just the first step, with post-launch content and subscriptions keeping players monetarily invested for longer periods of time.

KitGuru Says: When it comes to sports games, a live service model seems to make the most sense, but it won’t make sense for every genre, or every game. The challenge will be in figuring out where it works. We’ve seen that many gamers aren’t keen when it comes to single-player games like Shadow or War, and there has been plenty of controversy surrounding loot crates in Battlefront II. Over time, publishers will figure it out, but for now, it looks like we can expect to see some continued experimentation.