Just last week, reports indicated that while EA had cancelled an unannounced Star Wars game, the publisher has two more in the works. One of those is supposed to be a sequel to 2019's Jedi: Fallen Order, while the second game was described as a ‘smaller, more unusual' project. Now thanks to PlayStation Network tracking, it appears that this mysterious title is called ‘Star Wars: Project Maverick'.

PSN Releases, a Twitter account that tracks new listings on the PlayStation Network store, shared the following artwork for Maverick, which appears to be a new game due to be announced soon: 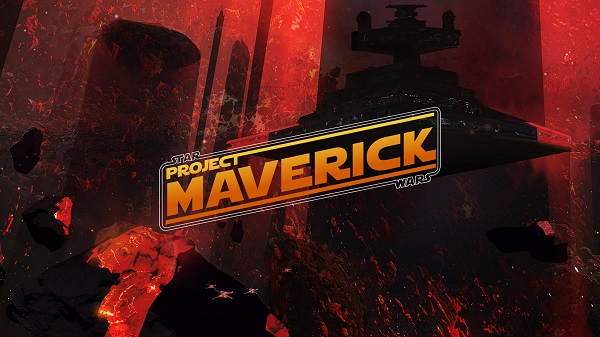 Unfortunately, we've got no further details beyond that but as Polygon points out, the artwork does appear to show Mustafar, home to Darth Vadar's castle. There is an Imperial Star Destroyer on the cover, so perhaps this will slot in between the prequel and sequel trilogies.

Either way, with digital store listings being sorted and promotional artwork being prepped, it would seem that this game is due for an announcement fairly soon.

KitGuru Says: There are already some good guesses around what this game could be, including a Rogue Squadron remaster or a VR game. It has been a long time since we've had a Star Wars game that focuses on aerial combat, so this could end up being quite exciting. As always though, take this with a grain of salt for now, as there are no accompanying sources to corroborate this leak yet.