Back at E3, EA's CEO, Andrew Wilson, spoke a bit about the publisher's future and its push for cloud gaming. At this point, Nvidia, Microsoft, Google, Sony and more are all racing to put together their own cloud gaming services. Recently, Google announced Project Stream and Microsoft announced Project xCloud. Now, EA is announcing its own cloud streaming initiative, ‘Project Atlas'.

In a lengthy post published on EA's website last night, Ken Moss, the publisher's Chief Technology Officer, discussed Project Atlas. According to Moss, cloud gaming is now within reach thanks to “complementary tech disruptors”, including advancements in AI, cloud, distributed computing and game engines. At the centre of all of this is EA's ambition to keep delivering ‘service' style games, which is something that the Frostbite engine has been tailored towards over the last few years. 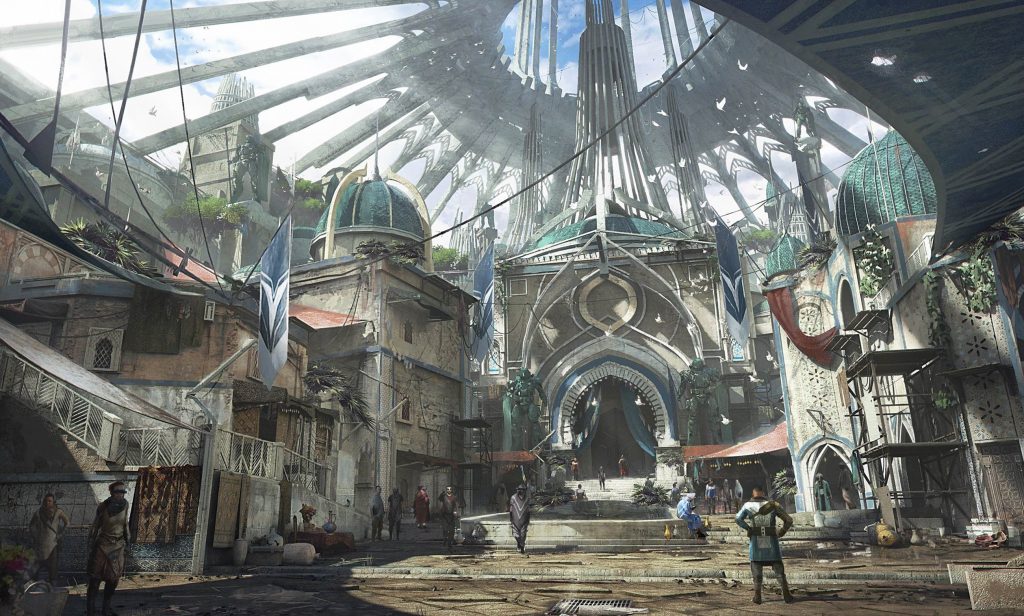 Project Atlas is a platform designed to leverage AI and cloud computing to deliver games and currently, over 1,000 EA employees are working on it. This includes EA's various studios, which are contributing their own expertise. Over the last few years, all of EA's studios have switched to using the Frostbite engine, with the major push being to increase graphical fidelity across the board.

Now, EA wants to also focus on creating tools for Frostbite that enable “better gaming experiences, with visuals being just one component”. Once again, this is tied to EA's online ‘service' style vision for all games in the future, although with Project Atlas, games will be platform agnostic and available to pick up and play on more devices, at any place or time throughout the day.

As expected, Project Atlas will run like every other cloud gaming service out there, with a small client providing users with access to games running and controlled by EA's own servers:

“When we talk about cloud gaming, we’re referring to a game that resides on an EA server rather than on the gamer's PC or mobile device. The gamer enters the game by installing a thin client that can access EA’s servers where the games are running. We’ve been developing software that utilizes the cloud to remotely process and stream blockbuster, multiplayer HD games with the lowest possible latency, and also to unlock even more possibilities for dynamic social and cross-platform play.”

EA wants cloud gaming to also enable more personalised experiences and eventually wants to “create a world full of user generated content”. Artificial Intelligence will play a roll in these plans, with AI expected to give developers the ability to “optimize almost any element of a game- from the distribution of resources in an online shooter, to populating and evolving expansive virtual worlds” all with “minimal manual intervention”.

EA wants to use AI and machine learning to churn out in-game interactions with NPCs instead of setting up pre-scripted interactions. The hope is that this will enable “dynamic, contextual and believable” behaviour. EA is even experimenting with AI to write and perform music, creating a virtual orchestra that can react to different in-game moments accordingly. AI will also be fed data on real environments, like mountain ranges, allowing an AI-assisted terrain generation tool to create a series of believable environments without needing to create a bunch of individual assets to copy and paste throughout the world.

All of this new technology will be baked into the Project Atlas platform, converging Frostbite, AI and different game services into one. Surprisingly, modding is something that EA spoke quite a bit about. In a cloud gaming future, games will exist on a controlled server, untouchable by the community. However, EA wants to host and create a “game content workflow and pipeline” to “safely open up” avenues for user-generated content.

The lengthy post ends on a ‘what's next and when?' paragraph. Unfortunately, it doesn't provide answers as to when we'll see Project Atlas roll out, but it does call for developers and engineers to join the team. Given the scope of this project, I would hazard a guess that Project Atlas is still a few years away.

KitGuru Says: While all of this sounds very advanced and fancy, cloud gaming providers still need to prove that they can deliver on visual fidelity and performance on standard internet connections. A lot of areas across the world still don't have access to full fibre speeds and given that games are only increasing in scope and size, this could continue to be an issue.