It's been a few years since EA bought exclusive rights to the Star Wars franchise in games and in that time, several projects have been revealed to be in the works but we have only seen one full game in the form of Star Wars Battlefront. That may change this year though as EA has revealed it will be at an event in April with plans to show off what it has been working on.

We already know that EA has DICE working on Star Wars Battlefront 2 for later this year, so we will likely see some of that. However, EA also has Respawn Entertainment (the team behind Titanfall) working on an untitled Star Wars Project, as well as Visceral Games, which are being led by Amy Hennig, who formerly worked on the Uncharted games from Naughty Dog. 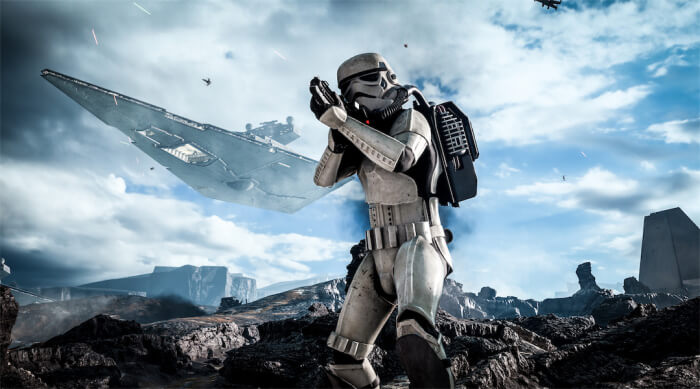 Here's the run down on what to expect from Star Wars Celebration in April gaming-wise:

Interestingly enough, Battlefront and The Old Republic are directly referenced, indicating that we will see something new from both game series'. Either way, the folks over at LucasFilm tend to keep things tightly under wraps these days so we may not hear much more until Star Wars Celebration, which takes place from the 13th to the 16th of April in Orlando.

KitGuru Says: EA owns a lot of good studios so there is definitely potential for some excellent Star Wars games. Unfortunately, Battlefront left much to be desired, so hopefully we see something a bit more exciting this year.