Final Fantasy VII Remake will have a turn-based combat mode

As exciting as the 2015 announcement of Final Fantasy VII Remake was, some concerns have popped up over the years. We know that Square Enix is looking to drastically shake things up from the original game, leading to a new multi-part release plan and some gameplay changes. Some fans of classic Final Fantasy weren’t too pleased about the switch to an action combat system but fortunately, a turn-based mode is also being included.

Speaking at the Tokyo Game Show last week, Final Fantasy VII producer, Yoshinori Kitase, said that a ‘Classic Mode’ will be in the game at launch, giving players the option to choose between the new combat system, or classic turn-based gameplay. 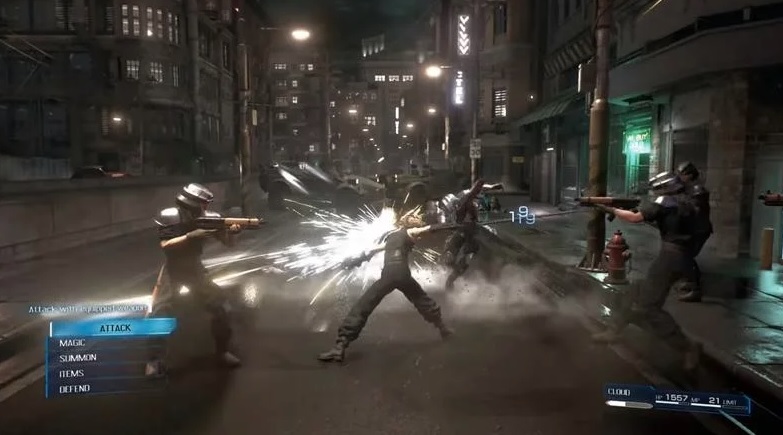 Classic mode will work as you would expect, with an ATB gauge charging up and ultimately allowing you to unleash different moves against the enemy. It will all be menu-based in the same style as a traditional RPG, which should keep fans on both sides happy.

Final Fantasy VII Remake (Part One) will focus on an expanded version of Midgar. While this is just part one of a new Final Fantasy VII series of games, it should be as long as any traditional Final Fantasy game with plenty of content. For now, the game is set to be a PS4 exclusive with a release date set for the 3rd of March 2020. Other platforms, like PC, might get the game later.

KitGuru Says: Not everyone is on board with action combat in Final Fantasy, so giving players the option to choose between action or turn-based seems like the right move- particularly for a remake of such a beloved game. Are many of you planning on playing Final Fantasy VII Remake next year?