GOG is giving away Rise of the Triad for free

GOG.com is currently giving away 30,000 copies of the 2013 remake of Rise of the Triad for free. The offer is still available but will run out once all 30,000 copies are claimed, at the time of writing, there are still 19,000 copies up for grabs so you might want to be quick.

Once the copies run out, Rise of the Triad will then go on sale at 80 per cent off so if you can’t grab it for free, you can at least get it fairly cheap. Unreal Tournament 2004, Alien Vs Predator and SiN Gold will also be going on sale. 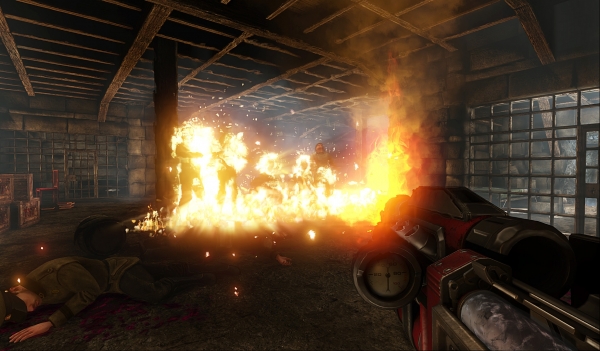 There is also an update in the works for Rise of the Triad, allowing Steam owners and GOG owners to still play together, so there won’t be a staggered player base. The retro style arena shooter originally launched in July 2013. It was a remake of the well received 90’s shooter, Rise of the Triad: Dark War.

You can redeem your copy, HERE. Beware though, the site is facing heavy load and responding very slowly right now.

KitGuru Says: These copies are disappearing very fast so you will need to act quickly.