Quite a few Grand Theft Auto V players seem to be suffering from frame rate issues following the recent ‘Ill-Gotten Gains' part two update for the game's online multiplayer mode. Problems are currently being reported on the r/Games Subreddit, with the post getting plenty of upvotes.

Right now it is not known exactly what is causing the problems but the creators of the LCPD mod seem to think that it has something to do with Rockstar's mod protection for Grand Theft Auto Online, which is degrading performance for many players. This claim has not been confirmed so for now it is just one of the theories. 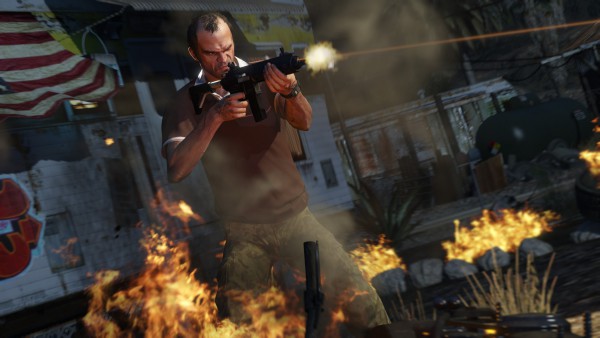 These issues were brought up with Rockstar Support, which claims that the developer is looking in to these issues and working to address them: “We have received reports of lower framerate in GTAV and GTA Online after Title Update 1.28 on PC, and we are looking into these reports now.”

That said, we don't know how long a fix will take, Rockstar Support has not been a great source of information in the past. So if any of you have yet to download the latest Grand Theft Auto V update, you may want to avoid it for the time being.

KitGuru Says: Rockstar's latest update seems to be interfering with performance on a range of PC hardware. Hopefully the development team can get a patch out fairly quick so people can resume playing as normal. Are any of you still playing GTA V or GTA Online? Have you encountered any issues with the game?