Microsoft has done a pretty good job of keeping Halo off of the PC platform but the company opened the flood gates last month with the announcement of Halo Online, a free to play shooter exclusive to Russia. The game is currently in beta and the files are out there, so as you would expect, the modding community has gone straight to work.

The game is based on a modified version of the Halo 3 engine and it won't always be exclusive to Russia. An internal build of the game has made its way online , right now, the game uses premium currency to allow players to buy customization options, we don't know exactly what else in the game can be bought with real world money but so far, the modders are pessimistic. 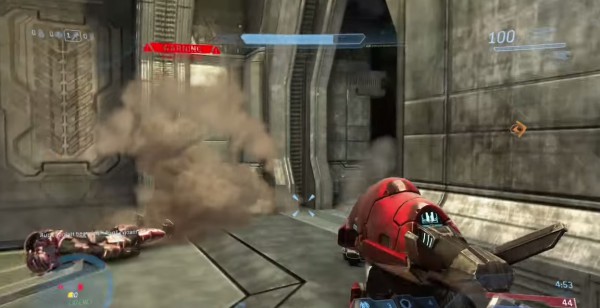 Speaking with TorrentFreak, a modder who goes by the name ‘Woovie', said: “We of course still don't know 100 per cent what items are purchasable with real money, but it would appear at first glance to have pay-to-win potential. We also of course want to play this game, which as far as we see, is a Russian market only game.”

“Microsoft is probably quite bothered by what we've done already as these files were leaked. We obtained the files from a user on 4chan's /v/ board. From there, user Emoose proceeded to create a hack that would allow the client to load files and thus get in-game. The files we have are definitely an early internal alpha. A lot of left over code from other Halo games.”

The hack is known as ElDorito, a launcher that will run the leaked code with no issues. Microsoft has already tried to shut this mod down with a DMCA takedown notice but so far, the modders have not been put off. The team behind ElDorito is now looking in to stripping the game of micro-transactions and launching it worldwide, should Microsoft's own version end up having a ‘pay to win' business mode.

KitGuru Says: Free to play online shooters always run the risk of becoming ‘pay to win', if this should happen with Halo Online, then there is a team of modders waiting to pull the trigger on a truly free version of the game. However, Microsoft is likely going to try its hardest to stop that from happening.