Grand Theft Auto V is just a few days away for PC gamers and while it is too soon to know for sure, so far, things are looking positive as far as the quality of the PC version goes. Earlier this week we got to pre-load the game and Rockstar commented on its optimization work for the game.

Now we also have a look at the graphics options menu, which seems to feature all of the essentials that you would expect from a proper PC game. 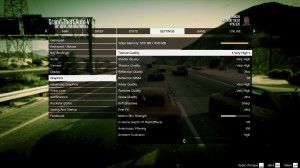 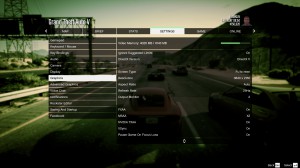 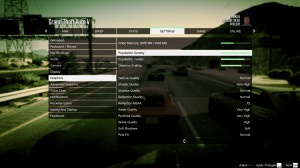 As you can see from the screenshots, there's a slider or a toggle for just about everything, including population density, view distance, MSAA, there is even support for Nvidia TXAA.

Grand Theft Auto V officially launches on the PC on the 14th of April. If you have pre-ordered it, then you should be able to download it right now ahead of time. It is a 60GB download so we would recommend it.

KitGuru Says: Obviously an extensive options menu doesn't directly translate to a good port but it sure is a good start. So far, everything is looking positive. Have any of you guys got GTA V installed already? Are you holding off until you find out what it's like?