On Friday, the folks at 4A Games treated us to a brand new trailer for Metro Exodus, adding that the game is due out in ‘Autumn 2018'. However, it turns out that this trailer may have been hiding a more specific release date all along, pointing to the game launching a bit earlier than expected.

The new Metro Exodus trailer titled ‘The Aurora' debuted at The Game Awards late last week. Over the weekend, it seems that some eagle-eyed Redditors spotted a very specific tease. Towards the end of the trailer, just before the ‘Metro Exodus' title is revealed, you can briefly spot the date ‘AUG 8TH': 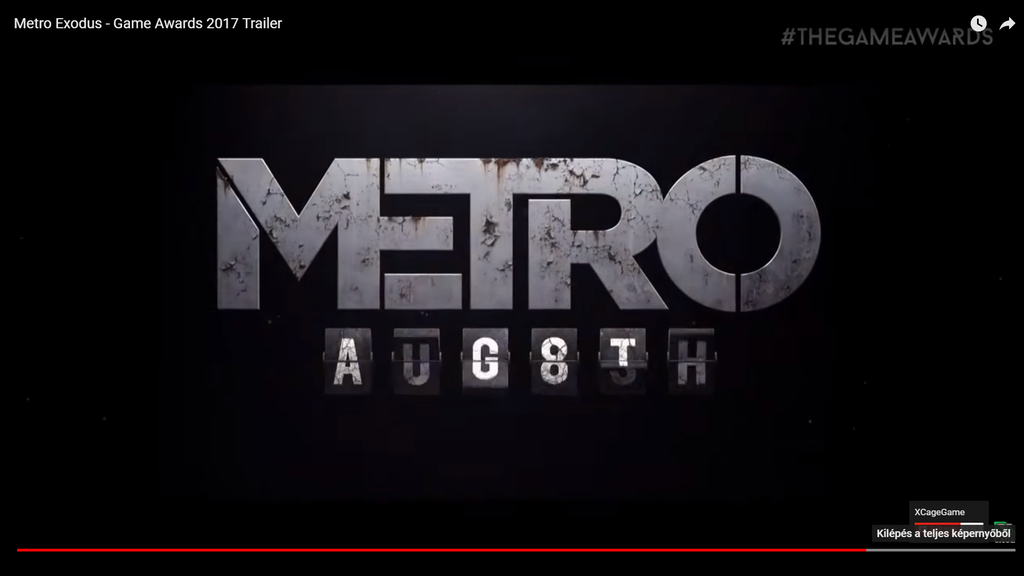 Assuming the date shown in the trailer sticks, Metro Exodus will come out closer towards the end of the summer, rather than autumn specifically. Obviously, things can change as development progresses, but given this date's placement in the trailer, it would be hard not to think that this is what 4A Games is currently targeting.

So far, we know that Metro Exodus takes place in the year 2036. While previous games in the series have been quite linear with lots of underground tunnel action, Exodus will take Artyom into the Russian wilderness to tackle larger, non-linear levels. The story-line will take players on a journey through the Spring, Summer, Autumn and Winter months.