Last year, it was announced that Metal Gear Solid V would also be heading over to the PC, though it would be arriving two weeks after the console version in order to give Kojima productions a bit more time to work on it. Now, just under a month before the game’s release on consoles, the PC release date has changed.

Now PC gamers will be able to play Metal Gear Solid V on the 1st of September just like all of the console gamers. Unfortunately though, MGS V’s multiplayer mode won’t be with us until January next year, having been pushed back from its initial October release date. 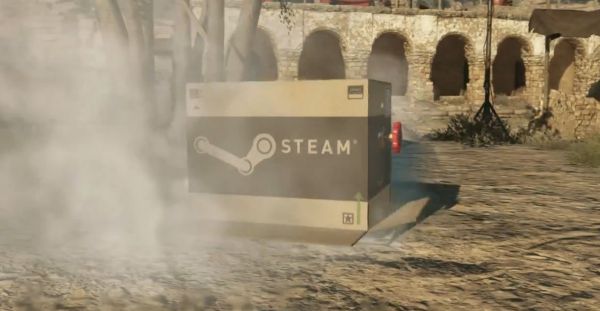 “We initially did not think it would be possible to get such an epic game out onto PC in time for launch alongside its console counterparts, but all involved have worked diligently to meet the demands of our PC consumers”, a Konami press release says. “We feel confident that Steam users will be satisfied with the contents we will provide for the Steam version”.

Metal Gear Solid V: The Phantom Pain will be the final game in the series from Hideo Kojima. It is all set to be released on the PC next month with Nvidia on-board helping out with its development, as we learned last week. In-fact, if you are picking up a new GPU any time soon, certain Nvidia cards come with MGS V for free.

KitGuru Says: We have heard in the past that the main reason for Konami and Hideo Kojima’s falling out could have been down to  Metal Gear Solid V delays. Now Kojima is practically out of the picture, so Konami bringing the release date forward might not actually be such a good thing. That said, Metal Gear Solid: Ground Zeroes had an excellent PC port, so it may turn out just fine.

Previous The International Dota 2 tournament kicks off today, $18m prize pool
Next Gears of War: Ultimate Edition comes with the sequels as well