Back when AMD first revealed its FidelityFX Super Resolution technology, the company also confirmed that this feature could be implemented in console games for Xbox Series X/S and PS5. Now, we've got confirmation of the first game to implement FSR on a console – Myst.

Myst is getting a remake this year and it'll be releasing on Xbox consoles later this month as a day-one Xbox Game Pass title.  Jeff Lanctot, marketing and brand manager on the project, confirmed that the game will implement FSR, allowing the game to run at 4K/60FPS on Xbox Series X. On the Xbox Series S, the feature allows the game to run at 1440p and 60 frames per second. 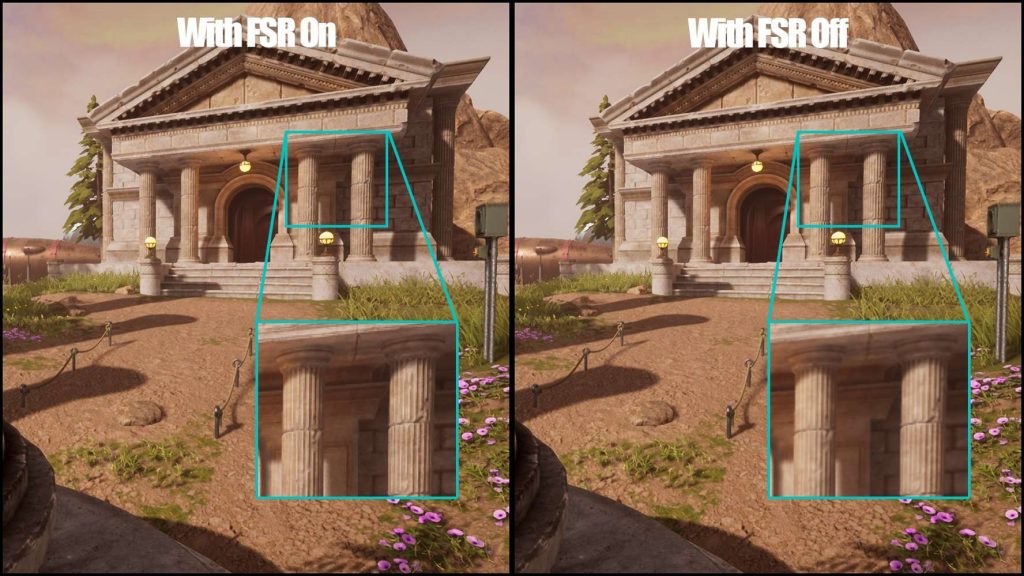 Comparison images published by Xbox show some minor visual differences in the game with FSR on versus off. The main difference seems to be a small reduction in sharpness for details in the distance, something that won't be very noticeable to many while the game is in motion.

According to Microsoft, FSR provides up to a 75 percent increase in performance on Xbox Series X/S consoles while running Myst on a 4K display. It is expected that FSR will become an option in a lot of other Xbox titles in the future, in large part thanks to its open source nature and implementation within the Xbox SDK.

KitGuru Says: We're finally going to see the first example of FSR in action on a console, which is exciting. Hopefully we'll see more big titles utilising the performance-saving technology in late 2021 and 2022.