The Nintendo Switch has been surpassing expectations since it first launched in March 2017. It didn’t take long for the console to surpass the Wii U in lifetime sales and now just ahead of the console’s third birthday, the Switch has surpassed the SNES.

For the 2019-2020 fiscal year, Nintendo set itself a target of selling 18 million Switch consoles. Now with one full quarter to go, Nintendo just needs to sell 250,000 more consoles to hit that target. At this point, Nintendo is bound to surpass its target goal with ease.

Pokemon Sword and Shield was a big help here, with the two games selling over 16 million copies since launch, putting them as the fifth best-selling games on Switch so far. In total, 64.64 million games were sold on Switch in Q4 2019.

KitGuru Says: The Nintendo Switch is going to be fondly remembered as one of the best Nintendo consoles ever at this rate. Do many of you own a Switch? How often do you play on it? 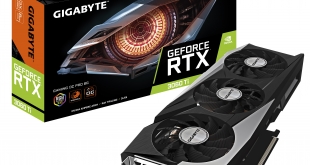