No Man’s Sky is finally coming out in June

We might not know a whole lot about No Man's Sky but it has certainly managed to generate quite a bit of buzz over the last couple of years. Now, the game is finally coming out, with a release date scheduled for June, it should also be launching on the PlayStation 4 and the PC at the same time so unless you're a Xbox-only gamer, you probably won't miss out.

Writing on the PlayStation blog, Hello Games head, Sean Murray confirmed the 21st of June release date: “We’ve been a little quiet since we showed the game last year at E3 and it’s because we’ve been heads down and hard at work on development. It’s been a hectic but really exciting time for the team. Finishing a game is incredibly hard but lovely to watch as the pieces fall into place.” 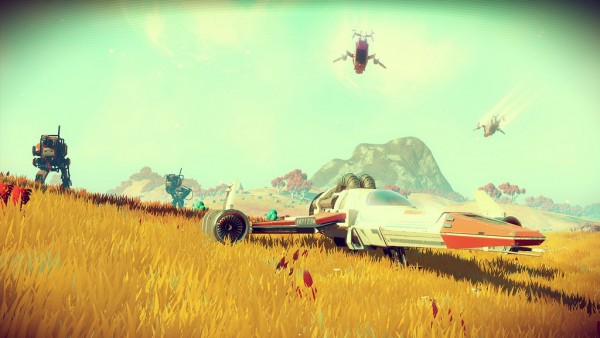 He also took this opportunity to actually tell us a bit more about what you will be doing in the game: “In No Man’s Sky you can trade, fight, explore, and survive in a boundless, computer-generated universe. It’s a vast, open game, and always a hard one to demonstrate quickly”.

You will be able to explore a vast universe of planets in No Man's Sky, learn alien languages, survive on hazardous planets and see different races. We don't know if there's some form of campaign or end goal but either way, it sounds like an impressive exploration title.

KitGuru Says: No Man's Sky is finally coming out and in June, we will be able to see if it lives up to what people are expecting or hoping for. Have any of you guys been following No Man's Sky throughout its development? Are you looking forward to it coming out?