Back over Christmas, Valve's Steam Store suffered from a bug that allowed users on the Steam Store to see the details of other user accounts. During this, those affected had their personal emails, names, addresses, phone numbers and more revealed to total strangers and now, months later, Valve has finally got around to emailing customers whose details were compromised.

Valve had what some perceived to be a very uncaring attitude towards the situation at the time, which caused many to criticise the company and the way it deals with personal data. However, they did eventually apologize for the mix-up, explained exactly what went wrong and promised to let customers know if they were affected. 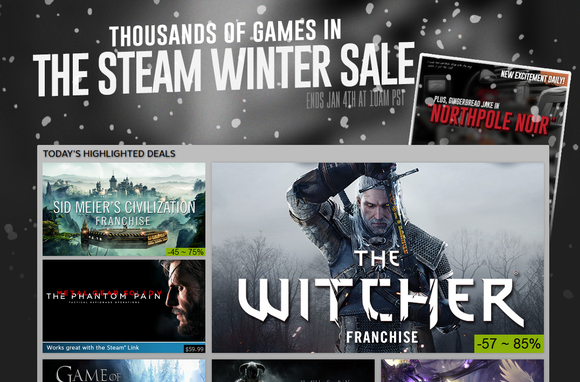 It turns out that last part of the promise took quite a while as people are only just receiving their emails today, letting them know that their personal details were potentially revealed last year. Once again, though, Valve offered an apology and explained that while personal details could be viewed, absolutely nothing could happen to your Steam account, nor could your password be changed or taken:

“Between the times above, a requested web page for information about your Steam account may have been incorrectly displayed to another Steam user in your local area. This page may have included your email address, country, purchase history and last 4 digits of your phone number if one was associated with your account. It may have also included the last two digits of a credit card number or a PayPal email address if previously saved for future purchases.”

“This event did not make it possible to compromise your Steam account or make a fraudulent transaction from your account, but we want you to be aware of what information could have been seen by another Steam user. We’re sorry this happened and have taken steps to prevent this problem from occurring in the future.”

KitGuru Says: While this did take a little longer than it perhaps should have, it is good to see Valve informing its customers and doing the right thing following the caching error that occurred on Christmas day.