In recent years, Nvidia has been shining a spotlight on overall system latency and the benefits of using software and hardware to reduce latency to improve individual performance in games, particularly in first-person shooters. This week, Nvidia is launching the System Latency Challenge, which you can now take part in to win prizes including an RTX 3080 Ti graphics card and a 360Hz gaming monitor.

Before we get into the competition details, let's run through a quick explainer on system latency. If you've ever played a game where it didn't feel responsive enough, then this would be down to high latency. System latency is the delay between your mouse or keyboard actions and the resulting pixel changes on the display. The higher your system latency, the more delayed in-game actions will be from the moment you press a key or mouse button. 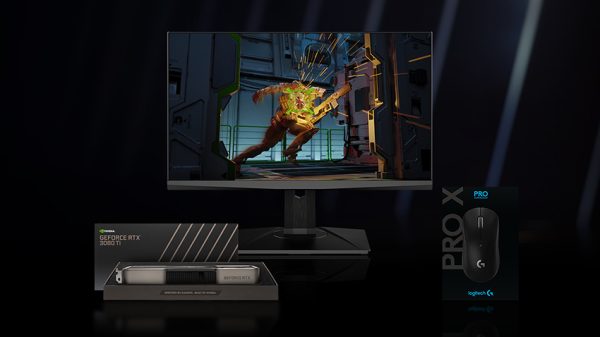 In partnership with Kovaak's, one of the best pieces of ‘aim training' software around, Nvidia is launching the System Latency Challenge. You will find these challenge modes in Kovaak's, which is currently a free download on Steam from December 14th to December 21st. In the software, you can go through two types of test, a ‘latency flicking' test and a ‘latency frenzy' test, with each being a 1-minute test with various levels of simulated input delay.

Upon completing the tests, you can submit your results and earn a spot on the leaderboard – although to get on the official leaderboard, you will need a GPU that supports NVIDIA Reflex, which will help provide more accurate results.

Download Kovaak's and enter the Nvidia System Latency Challenge, HERE. You can also see Nvidia's full terms and conditions for the challenge and giveaway, HERE.

KitGuru Says: Will you be entering the Nvidia system latency challenge? Let us know your results once you've had the chance to play the tests.