Last week, Nvidia board partners began advertising an upcoming bundle, which will see Battlefield 2042 given away with purchases of RTX 30-powered PCs. Now just in time for Gamescom, Nvidia has officially announced the bundle, which is ‘available' as of today.

At the moment, getting hold of a graphics card is very difficult, with little stock to go around and retailers still clearing backlogs of pre-orders. While a bundle like this would usually apply to standalone graphics card sales as well as certain PCs and laptops, this time around, it is just being limited to PCs and laptops, which are more readily available to purchase. 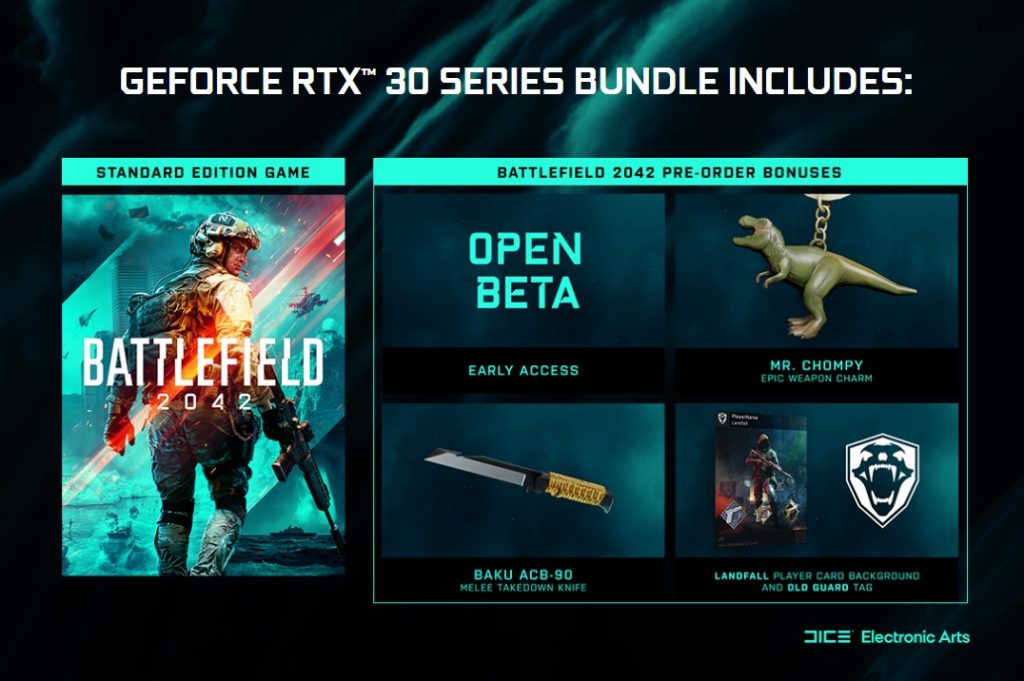 So if you're buying a pre-built desktop or laptop equipped with a qualifying RTX 3090, RTX 3080 Ti, RTX 3080, RTX 3070 Ti or RTX 3070 GPU, you will also get a copy of Battlefield 2042 Standard Edition, as well as the accompanying pre-order bonuses, such as early open beta access.

Here in the UK, the bundle is available through OverclockersUK, PCSpecialist, SCAN, ebuyer and CyberpowerPC.

KitGuru Says: Are any of you picking up a pre-built gaming PC or a new gaming laptop soon?