When the poor condition but still incredibly rare Nintendo World Championship NES cartridge hit eBay last week, word spread through the Internet quickly and unfortunately for the seller, that resulted in a series of not so serious bids which were swiftly met with retractions: 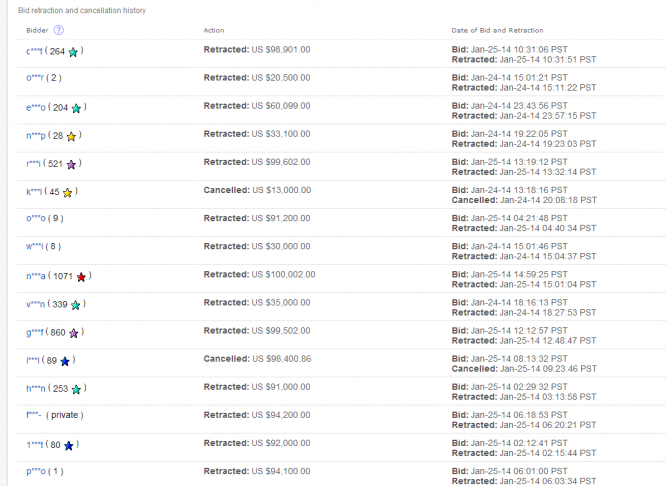 The winning bid totalled in at $99,902, or £60,283, so when the seller found out that the bid wasn't genuine, he was probably pretty disappointed. Now he is moving down his long list of 328 bids to try and find someone who is genuinely going to buy it:

“The unfortunate reality is the second I approached the winning buyer with payment options, they retracted their bid claiming it was a ‘mistake', I’m now offering the item to other bidders in the auction to see if any of them are honorable individuals. It may take me a while but that’s about all I can do for now. It would be nice if eBay were more seller-friendly, rather than 100% buyer protection focused.”

However, the cartridge might be a tough sell now as since this listing went viral, two more Nintendo World Championship games have gone up on eBay, both cartridges are in better condition with one of them being the rarer gold edition of the game.

KitGuru Says: I'd be pretty annoyed if I seriously thought I had just sold one of the world's rarest games for $100,000 just to be told that the bid was a ‘mistake'. Then again, a listing like this was bound to attract a few trolls.