Last year, Riot Games went on an announcement spree, greatly expanding the studio’s list of projects beyond League of Legends. One of those upcoming games is known as ‘Project A’, a tactical first-person shooter. Riot has been a bit quiet on details since the initial reveal but leaks appear to be coming through now.

We already know that Project A is a character-based first-person shooter, similar to Overwatch or Team Fortress 2. A bigger reveal appears to be on the way though, with reports indicating that Riot’s new game will be called ‘Valorant’, a fan-run Twitter account has also popped up to track and post leaks. One such leak is ‘Sage’, one of the hero characters supposedly in the game: 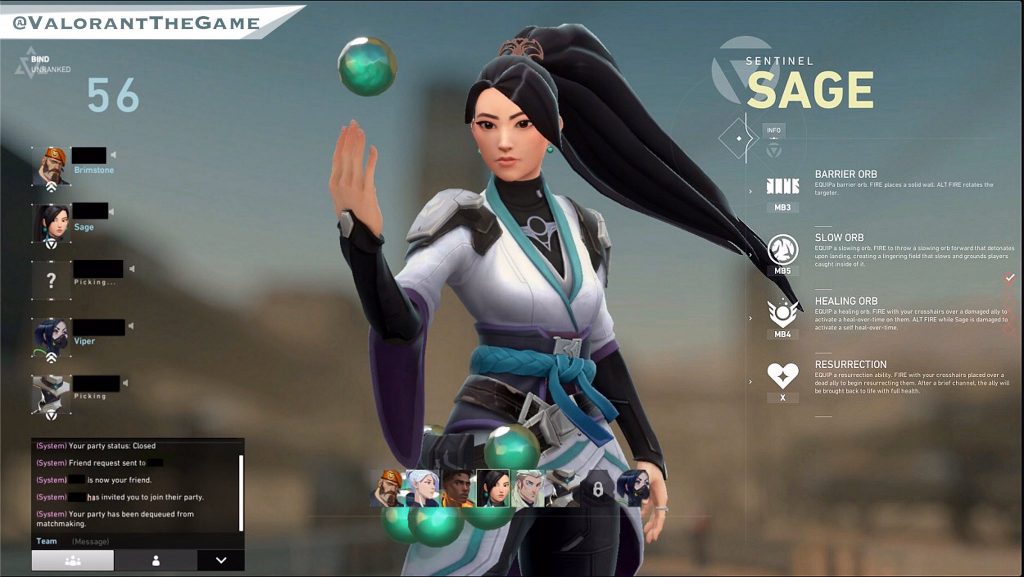 Sage is listed as a Sentinel, which appears to be a class type focused on support abilities. She can create barriers to shield teammates, fire ‘slow orbs’ which slow down players standing within the area of effect. Healing orbs can be used to heal damaged allies or self-heal. Finally, Resurrection appears to be the ultimate ability, giving the option to bring back one dead ally to full health.

That is all we know so far but there is talk of a beta coming in early 2020, so we might just hear some official announcements in March.