Rockstar is the latest studio to release its own game launcher

Over the years, we have seen a number of publishers/developers break away from Steam in order to set up their own game launchers and sell games directly to customers. In the case of EA, all games are only available through Origin on PC, while others like Ubisoft and Bethesda are happy to sell on their own platform in addition to others. Now, Rockstar Games is joining the ranks with its own game launcher. 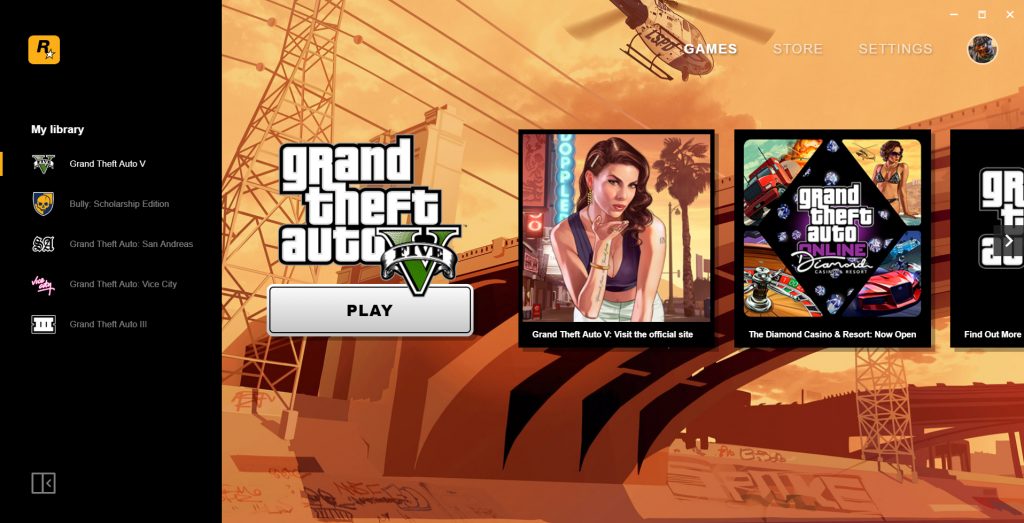 There have been some issues with this new system already. Some GTA V players were quick to notice that the Steam version could no longer be played in offline mode due to the Rockstar launcher. However, this was apparently a bug with the launcher itself and will be addressed.

Other Rockstar games like Bully, Max Payne 3, LA Noire, GTA: Vice City and GTA: San Andreas are also part of the new launcher. However, other games like GTA IV, Max Payne 1 & 2, Manhunt and Midnight Club 2 are not supported.

At this point, we know that Rockstar is gearing up to debut Red Dead Redemption 2 on PC. This new launcher could end up being a big part of that plan, although it is difficult to say what this means for future Rockstar games on Steam. The studio may be happy with an Ubisoft arrangement where the games are sold in multiple places and all require the Rockstar Launcher, or we may see an EA-like approach where all future games are exclusive to the first-party platform.

KitGuru Says: Like many other publishers and studios, Rockstar is also attempting to establish its own platform away from third-party stores. This strategy can be hit or miss and with all of the drama surrounding the Epic Games Store right now, it probably isn’t a good time to tell players that they need to download yet another piece of companion software to play a game. What do you all think of the Rockstar launcher? Would you be okay with future Rockstar games only being available through their store?