It looks like Rockstar might be planning to release a HD remake of Grand Theft Auto San Andreas soon as an Xbox 360 achievement list has leaked online. The list contains 33 achievements in total, referencing multiple activities you’ll likely remember from the game, including going to the gym to lose weight or purchasing a house.

This year also marks the ten year anniversary of San Andreas, as a result, Rockstar has released some content for GTA Online to celebrate it. There’s no official word on the HD remake just yet but many have noticed that the ‘classic’ version of San Andreas has been pulled from Xbox Live and the Playstation Network, suggesting that the game will be coming to the Xbox 360 and Playstation 3. 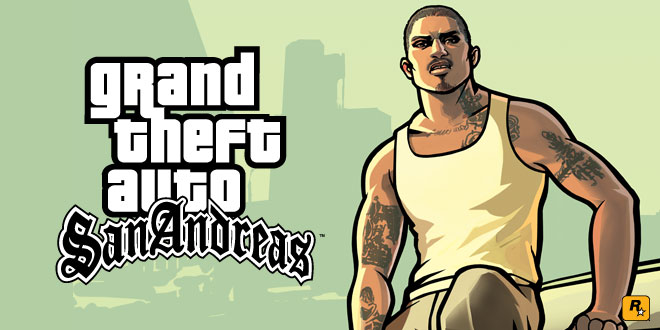 Despite the next generation consoles being out for around a year now and selling pretty well, there is no word on whether or not this San Andreas remaster will reach the PS4 or Xbox One. The studio also seems to have distanced itself a fair bit from the PC platform recently, evidenced by the lack of communication with PC owners waiting for GTA V, so it’s not immediately clear if we can expect a PC release either, despite the original being wildly popular on the platform.

That said, this is all based on rumors and speculation right now so take everything you read with a pinch of salt and hold out for an official announcement from Rockstar.

You can check out the leaked achievements list, HERE.

KitGuru Says: Rockstar hasn’t officially mentioned a Grand Theft Auto San Andreas HD remake before so its possible that it will release on all platforms, rather than just the Xbox 360 and PS3. However, we won’t know for sure until an official announcement is made. Would you guys like to see a spruced up version of GTA San Andreas released? Do you think Rockstar will release a PC version?