Earlier this year, an internal marketing plan document leaked much of Warner Bros pre-release plans for Mortal Kombat XI. As time went on, the leak was proven to be completely accurate. Now, a very similar leak has seemingly given us a look at an unannounced DC game, which will seemingly combine multiplayer elements with the universe set up throughout the Batman Arkham games. 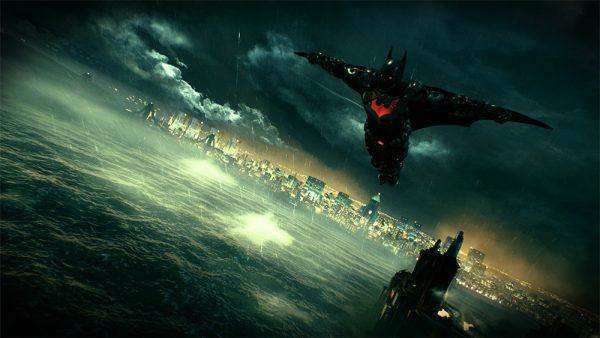 Throughout the Arkham series, there have been numerous hints to the larger DC universe. Many have speculated that Rocksteady is working on another DC universe game, with rumours pointing to Superman, Wonder Woman, Batman Beyond and even Suicide Squad.

We don't know if Rocksteady is working on the game talked about in this leak. What we do know is that the project will be announced with a CG trailer in early June, followed by reveal trailers for specific characters and locations featured throughout the game. The leak specifically points towards playable versions of Gotham and Star City, with Arrow and Ra's Al Ghul being the characters mentioned.

There will apparently be a playable demo available at E3 and a live gameplay video ready to release. The goal of this footage will be to convey the core mechanics of the game, which include team work, customisation options, combat, super powers and loot.

Various cities will act as hub areas, similar to the Tower in Destiny. The game will be online/multiplayer but there will also be ‘multiple story lines' and paths to follow.

There have been rumours in the past hinting towards a ‘Destiny-like' loot based multiplayer game set in the DC universe. It is possible that someone took that information and crafted fake marketing plan documentation based on that. With that in mind, do consider all of this information to be rumour. If it does prove to be true, then there will likely be more concrete leaks as we get closer to June.

KitGuru Says: At the moment, many big publishers are chasing the ‘live service' game model, as it paves the way for a lengthier revenue stream compared to many single-player titles. With that in mind, I would not be surprised if Warner Bros was planning something similar to Destiny or The Division based in the DC universe. Although I do hope that Rocksteady also has a single-player story-based game in the works too. What do you guys think of this rumour?