During the build up to No Man’s Sky’s launch, a lot of the marketing push came from interviews with Sean Murray, the game’s director. Unfortunately, once the game came out, a lot of people felt like the game was over promised and ultimately under-delivered. It turns out that even Sony Worldwide Studios President, Shuhei Yoshida, thinks No Man’s Sky’s PR strategy was pretty bad.

In an interview with Eurogamer, Shuhei Yoshida was asked to share his opinion on No Man’s Sky and while he does enjoy the game, he “understands some of the criticisms”. 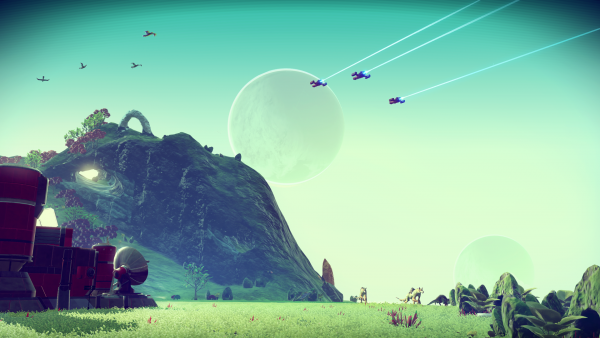 “I understand some of the criticisms especially Sean Murray is getting because he sounded like he was promising more features in the game from day one. It wasn’t a great PR strategy, because he didn’t have a PR person helping him, and in the end he is an indie developer. But he says their plan is to continue to develop No Man’s Sky features and such, and I’m looking forward to continuing to play the game.”

Sony did help advertise No Man’s Sky in the build up to launch by featuring the game during E3 and pushing it heavily on PS4 but from the sounds of it, they didn’t provide much PR coaching, which probably would have helped in this case.

KitGuru Says: Given how things turned out with No Man’s Sky, they probably should have hired some outside help for PR. Perhaps Hello Games will keep that in mind for future game launches.

Previous Valve boots indie studio off Steam for being hostile to users
Next YouTuber with 1.3 million subs charged in FIFA gambling crackdown