It looks like someone was able to grab a retail copy of No Man's Sky a few weeks ahead of time and as you might imagine, this was quickly followed up by gameplay videos, showing off the game. This has obviously been disappointing for Hello Games founder, Sean Murray, who has been working on this game for years and wants fans to be surprised on launch day.

Gameplay videos are already being taken down from YouTube but there is always the possibility that a video slips through the cracks somewhere on the web. In response to the leak, Sean Murray hopped on the No Man's Sky Twitter account to say: “We’ve spent years filling No Man’s Sky with surprises. You've spent years waiting. Please don't spoil it for yourself :(“, he also added on that fans should “take a break” from the hype machine and just wait for the official release. 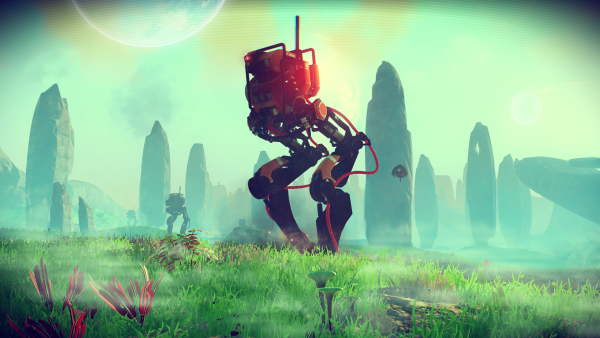 A PS4 version of the game was obtained by Daily Motion user, Daymeeuhn, who posted a video of him opening up the game for the first time and putting the disc into a PS4 to see if it was the real deal. Sure enough, the game started downloading and a 26 minute gameplay leak did appear on the web, but it looks like Hello Games has managed to keep a lid on that with takedown notices.

Daymeeuhn spent $1250 on eBay to get the early copy of No Man's Sky. In a comment on Reddit, he explained that he spent so much not only because he had the funds, but because it gives him a chance to play the game before spoilers or guides hit the web: “I'm a gamer that enjoys the journey. For me, the idea of secrets and puzzles that lack google-able answers is super thrilling. I love it. My best gaming experiences have been when I've received games before street date, knowing I was truly on my own in the universe of that game, and no matter how tempted I might be to ask a friend for help or check a website for a tip or cheat, I CAN'T because it doesn't exist.”

KitGuru Says: Considering there was some debate over No Man's Sky's $60 retail price tag, $1250 probably seems crazy to most. However, getting the chance to play a game before the internet is filled with spoilers and guides is rare so I understand the motivation behind it. With that said, gameplay videos should probably be kept private until release to avoid spoiling the game for others.

Previous The HTC Vive is getting a £70 price bump in the UK
Next Could Uber’s biggest competition come from Africa?