Source: Crytek is sinking, wages are unpaid, talent leaving on a daily basis

Overnight word began spreading that perhaps Crytek was in a spot of financial trouble once again, after an anonymous post appeared online from someone claiming to be an employee who had not been paid properly for six months. After publishing our original coverage of this story, a Crytek employee at the company's Frankfurt office got in touch with KitGuru to better explain what is going on behind the scenes at the company right now. It's certainly not a pretty picture.

We will be keeping our source on this anonymous but do be assured that we privately verified who they were and their employment at Crytek. With that out of the way, let's tackle issue number one- the lack of pay.

According to our source, things had been relatively stable financially up until around June of this year, at which time, employees at the Crytek Frankfurt office discovered they were not going to be paid on time. At the time, Crytek's upper management assured employees that all financial problems would be worked out by August and that there would be enough money to remain stable for at least 18 months.

Payroll was two weeks late for July and August. September came around and payroll was five weeks late. Wages for October and November have actually yet to be paid at all and with December's pay due in three weeks time, things aren't looking particularly bright. Our source told us that up until June, there had been no indication that financial issues were on the horizon.

As you can imagine, morale amongst employees at Crytek is low and apparently resignations are being handed in on a near daily basis. The company is said to have lost some irreplaceable talent over the last few months and many more are seeking employment elsewhere. Those who remain at the Frankfurt studio have submitted a legal letter to management informing them that if wages for October, November and December aren't paid in full by the end of next week, then they will stop working. Those at the Budapest studio have apparently already stopped turning up to work. 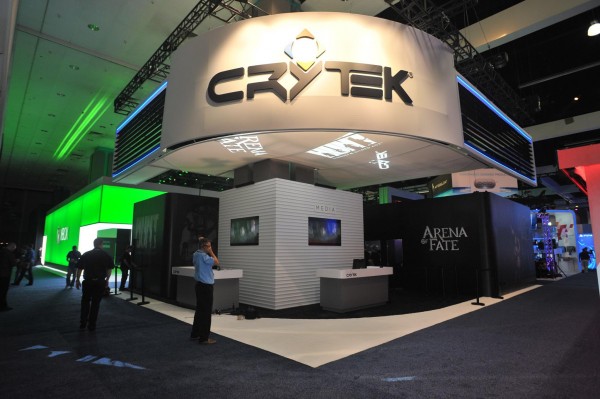 So where have all of these financial problems come from? Well it turns out that Crytek may have expanded too fast. The company has around 700 employees spread out across its six studios and next to no revenue coming in. The licensing money from Crytek's 2015 deal with Amazon has been spent and the company has made some poor investments in new projects. Rather than building on stronger IP like Crysis, Timesplitters or Ryse, Crytek has tried its luck with VR and free to play projects, which aren't paying the bills.

Over the last couple of years, Crytek has been working on two free to play titles: ‘The Hunt' and ‘Arena of Fate'. While neither of these have been publicly cancelled, our source tells us that these are failed projects and won't see release any time soon. In an effort to recoup some money, Crytek's Shanghai studio as well as the company's Sofia based studio (also known as Black Sea Studio) are potentially going to be sold off.

According to our source, Crytek co-founder, Cevat Yerli has not shown up at company headquarters for months and is said to be focussing on other business ventures, effectively leaving Crytek to its fate without a solid business plan. The other two Yerli brothers still show up at Crytek HQ but they have not been taking advice from other members of management on how to move forward and communication has been lacking.

We have contacted Crytek to see if they are aware of these claims and get their side of the story. I will update if/when I hear back with an official statement.

KitGuru Says: There are a lot of claims being thrown around about Crytek right now from multiple sources but it is important to get both sides of the story, so hopefully Crytek representatives will be able to get back to us in an official capacity soon. I do hope this mess is cleared up soon and those affected get the wages owed to them.