Nvidia has quickly made a tradition out of GeForce Now updates landing on Thursdays each week. This time around, the big news is that Square Enix titles are returning to the service, in addition to a few other games. In total, there are 21 games arriving on the GeForce Now platform.

Starting with Square Enix, which previously withdrew its games from GeForce Now during a somewhat controversial launch amongst publishers and developers. Now that Nvidia and Square Enix have had some time to hash things out, Deus Ex, Tomb Raider and a few other major games are returning. 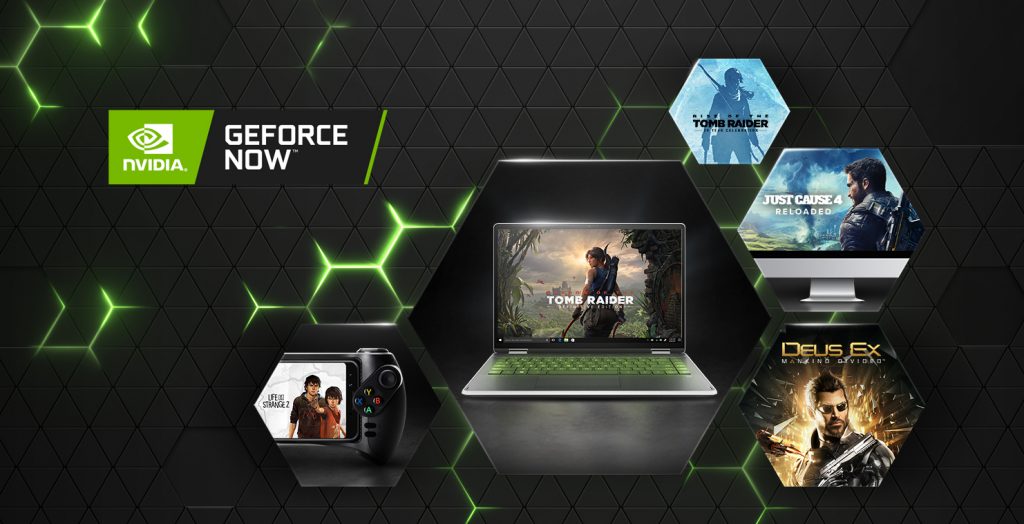 There are also 7 other games coming that are not published by Square Enix. That list includes:

A new feature has also been added for those that are big Rocket League fans and like to stream it while away from your usual gaming setup. Nvidia Highlights is now supported in Rocket League via GeForce Now, so any flashy goals, saves, assists that you come up with can be captured and shared.

KitGuru Says: The GeForce Now library is shaping up nicely, especially with big publishers returning after being unsure about the service at launch. Have many of you been using GeForce Now?

Previous VIP Computer Centre will distribute ZALMAN tech in the UK
Next Elgato jumps into the microphone market with Wave:1 and Wave:3