Square Enix announced that it was bringing the entire Final Fantasy XIII trilogy to the PC platform back in September. At the time, fans were fairly excited until the first game released with a locked 720p resolution and 30 frames per second cap. However, the developer is looking to make things right and will be adding in higher resolution support and uncapping the frame rate to allow for a smoother experience.

Additionally, Square Enix is going to continue to try and use the full capabilities of the PC platform going forward, we won't be seeing any resolution or frame rate locks in Final Fantasy XIII-2, which will launch on Steam in December for £12.99. 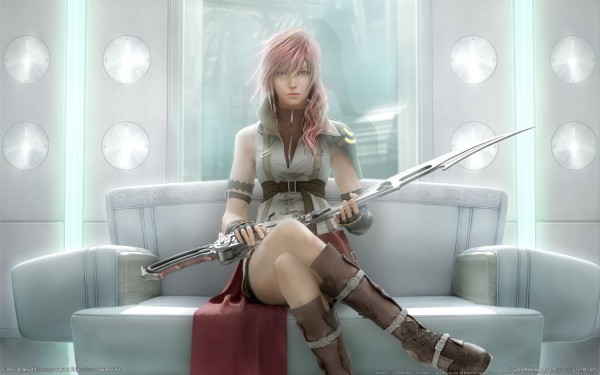 If you own Final Fantasy XIII on Steam and were disappointed in the quality of the port, then you can look forward to an update at the start of December, which will fix the game and make it worth owning. Final Fantasy XIII-2 will launch on the 11th of December, it will include all of the DLC , PC graphics options and higher resolution support.

In order to run either game you'll need an Intel Core2 Quad CPU or better, 2GB of RAM and an Nvidia GTX 460 or Radeon HD 5870. The low recommended specifications make the game fairly accessible to most who missed out on the console versions.

You can read more about the PC version of Final Fantasy XIII-2, HERE.

KitGuru Says: Now that Square Enix has decided that it is going to officially fix the Final Fantasy XIII PC port and not make the same mistakes with the second game, I feel like it is probably worth picking up, particularly for its fairly low price. Did any of you guys buy Final Fantasy XIII when it launched on Steam? Are you glad that Square Enix is officially fixing the port and bringing it up to standard?