Star Citizen is getting a first person shooter module, the new game mode was shown off during a fan event at PAX Australia a few days ago, showing off the game's shooting mechanics, animations and environmental features.

According to Chris Roberts himself, whatever the character is doing in third-person within the game, the exact same animation will be taking place in first person view as well. Additionally, Star Citizen is looking to shake things up a bit by introducing zero-gravity battles. You can see a gameplay demonstration below: 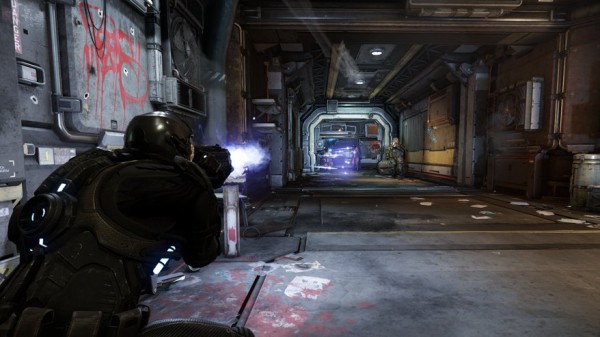 There is still a lot more polish to be added to the new FPS mode, the animations are not 100 per cent complete as of yet and final motion capture performance is said to begin next year. Realistic physics and destructible environments will also be added before the game officially launches.

According to the Star Citizen roadmap, which is subject to change and slight delays, the developer will roll out the FPS module, the planetside/social module, Arena Commander 2.0, Squadron 42 and the persistent universe next year, in that exact order.

Squadron 42 Chapter One will contain story elements and will be 15-20 hours long. Star Citizen is currently the biggest crowd funded game ever, with just over $60 million in funding. The development process has been almost entirely transparent so expect to see more information sooner rather than later.

KitGuru Says: Star Citizen is shaping up to be one hell of a game. Additionally, Chris Roberts is keen on pushing PC technology, so expect to see some graphical advancements among other things. There will be no console version of the game so there is nothing holding the dev team back. Are any of you guys looking forward to Star Citizen? What did you think of the new FPS mode?