Star Citizen's first-person shooter game mode, ‘Star Marine' was announced back in 2014 and since then, we have seen some impressive demos but delays have kept it out of the hands of backers for quite some time. However, this week with Star Citizen's ‘Alpha Patch 2.6.0', players will get their chance to play Star Marine with two maps and modes to choose from.

This patch is rolling out for those in the ‘Public Test Universe' (PTU) now and the notes have been posted online, which read: “Alpha Patch 2.6.0 has been released to the PTU, and is now available for players to test! This patch provides access to Star Marine – with two maps and two game modes to choose from, we hope you’re all as excited as we are for this release!” 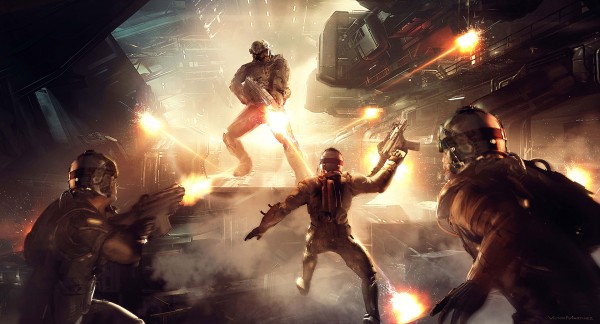 Here are the two modes you can play in Star Marine:

This patch also brings in four new flyable ships and four new variants of existing ships. There are some known issue with this build though. For starters Star Marine won't have leaderboards or the ability to select loadouts in this build. Lobby Refactor and matchmaking updates are also not present in this specific build but will arrive in the future.

KitGuru Says: We have been hearing about Star Marine for a long time now so it's great to see it finally become playable for those who backed the game. Have any of you backed Star Citizen? Will you be checking out Star Marine now that its playable?