Star Wars Battlefront is heading our way at the end of the year but EA still has plenty to reveal before the game launches. This week, EA and DICE detailed the latest game mode for Battlefront, known as Supremacy, a large-scale combat mode where teams need to gain control of different points on the map.

“When you spawn into Supremacy, you don’t have to move far to see a lot of friends – and enemies. You’re thrown into a massive frontline, where your screen is filled with adversaries: infantry, Heroes, Walkers, and starfighters. You can prepare for very heavy and focused Star Wars action”, the reveal blog post reads. 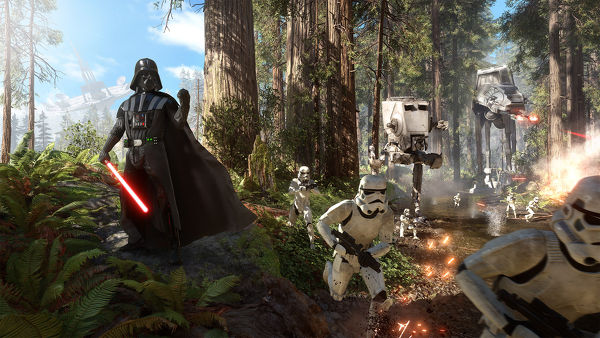 Supremacy will be one of Battlefront’s largest modes, sort of like Conquest in Battlefield. We will also see hero and villain characters joining the fight, though we only have three of those confirmed so far in the form of Darth Vader, Luke Skywalker and Boba Fett.

Supremacy will encourage team work amongst players. Each team needs to capture the different points on the map in a specific order, so teams will need to focus on one point at a time, rather than spreading out all across the map at once. Hero characters will also become a big part in capturing and defending objectives.

KitGuru Says: I’m still looking forward to Star Wars Battlefront at the end of this year, though I do understand why some are disappointed that it is a multiplayer-only game. I’m not entirely sold on the flying and the AT-AT being on rails is pretty disappointing but aside from that, the game may turn out to be pretty fun indeed.