A few weeks ago it was revealed that DICE’s take on Star Wars Battlefront wouldn’t come with its own server browser, favouring a matchmaking service instead. However, that doesn’t mean that the game won’t run on dedicated servers, which should be good news to many.

Dedicated servers were confirmed by the game’s Senior Producer, Jamie Keen, who said: “We’ll still have dedicated servers. Absolutely. It’s one of the hallmarks of making sure we deliver an unparalleled online servers for the game”, during an interview with PlayStation Lifestyle. 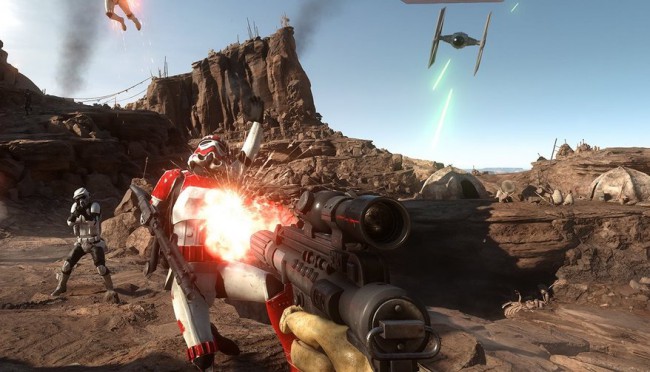 Unfortunately, the game will still be using a skill-based matchmaking system to organize games and ensure all of the maps get played equally. The biggest downside to this being that you can’t pick a favourite server, choose exactly which map you want to play or who you end up playing with.

The game itself launches on the 17th of November, though an open beta is scheduled for early October. Additionally, those in the EA Access program on Xbox One will get one week early access to the game before launch.

KitGuru Says: I don’t necessarily mind matchmaking on consoles but for PC games I tend to prefer a proper server browser. A lot of people like that extra bit of control and its good for building up a long-lasting community. Either way, at least the game will have dedicated servers, which is a bit of a relief. Are any of you planning on playing the Battlefront beta?