StarCraft: Ghost has been one of the biggest ‘What If?’ stories in Blizzard’s history. The game was famously announced as a shooter spin-off for the franchise before being scrapped several years later. We’ve not seen much of the game in action up to this point, but that changed this week thanks to a leaked gameplay demo.

The original footage was removed from YouTube but other users have re-uploaded it. The video below contains the leaked footage in 720p quality and at the time of writing, it has not fallen victim to YouTube’s copyright strike system or been pulled through other means:

The video description mentions the Xbox Classic, indicating that this particular build was for the original Xbox and not the Xbox 360. If that is the case, the game looks surprisingly good graphically for a console of that era.

The gameplay wouldn’t really hold up by today’s standards, although since the game never came out, this is likely a very early demo build of just one level and not entirely representative of what the final product would have been.

KitGuru Says: StarCraft Ghost is unlikely to ever see the light of day, but it is interesting to see new leaks coming out well over a decade later. Were any of you looking forward to this game before it was ultimately cancelled? What do you think of the recent gameplay leak? 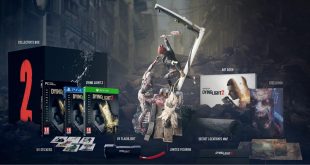