It has been almost five years since State of Decay first popped on to the gaming scene and since then, fans have been waiting for the sequel. Last year during its E3 press conference, Microsoft announced State of Decay 2 would be coming in 2018 for both PC and Xbox One. Now, we have a final release date, as well as pricing information, which is much cheaper than we were expecting.

State of Decay 2 is arriving on Windows 10 and Xbox One on the 22nd of May. The game will also be added to the Xbox Games Pass service on the same day, allowing subscribers to play it day one without paying anything extra. While Game Pass is traditionally an Xbox service, Microsoft's exclusive ‘Play Anywhere' games will be available to Game Pass subscribers on console and Windows 10. 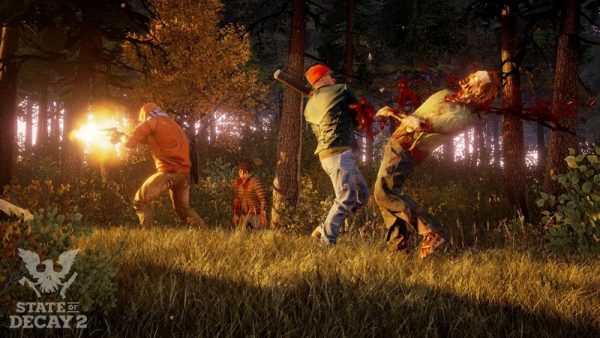 State of Decay 2 is coming in two editions. The standard edition includes the base game and will sell for £24.99, meanwhile the Ultimate Edition will cost £39.99. This edition comes with the base game, two future DLC packs (Daybreak and Independence), this version also comes with a copy of State of Decay: Year One for Xbox.

In State of Decay 2, players will be able to team up in groups of four and explore the open-world together. The game is set 18 months after the events of the first game. The story follows remaining survivors in an abandoned refugee camp in a small US town. Throughout your adventure, you'll be building bases, appointing leaders and taking on the zombie onslaught.

KitGuru Says: From what we've seen so far, State of Decay 2 is shaping up to be a pretty solid game. I've had a good long break from the zombie survival genre, so this seems like a good opportunity to jump back in. Did many of you play the original State of Decay on Xbox or PC? Are you looking forward to the sequel at all?