Home / Software & Gaming / The ASA is investigating No Man’s Sky

The ASA is investigating No Man’s Sky

No Man’s Sky didn’t end up being the game many had hoped it would be and to make matters worse, in many ways, it didn’t turn out to be the game promised either. As a result of this, it looks like the UK Advertising Standards Authority (ASA) has launched an investigation into Hello Games and its marketing for No Man’s Sky.

The investigation was confirmed by an ASA rep speaking with Eurogamer and it seems that the complaint was brought forward by a Reddit user who found the gameplay trailers for No Man’s Sky to be “vastly different” to the actual game. 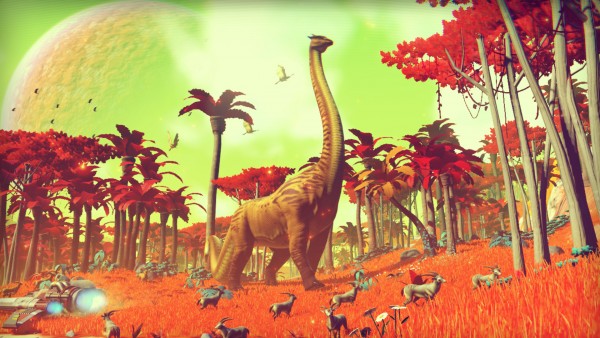 No Man’s Sky’s Steam Store page is what Reddit user ‘AzzerUK’ took issue with in particular, as it features screenshots and old trailers that aren’t representative of the final game. Speaking with Eurogamer, he explained: “I figured that if we want Steam store pages for games to start falling in line and stop misleading consumers, then it would take consumers to point these problems out to the ASA, rather than all sit around on Reddit complaining to each other but assuming that it’ll all get sorted by itself eventually.”

Many players have already given up on No Man’s Sky, as evidenced by the game’s player stats, which have fallen from over 212,000 concurrent players at launch to less than 1000 today. However, it looks like Hello Games will have more than a dwindling player base to worry about now with this investigation under way.

KitGuru Says: Given just how high-profile No Man’s Sky was, I’m not too surprised to hear that someone tried to get an official watchdog involved. Do you guys think the ASA should be getting involved with the No Man’s Sky situation? Or do you think it’s a step too far?

Previous Blackberry pulls out of smartphones, will focus on software
Next Destiny 2 will be ‘completely different’ and come to PC