While Ubisoft has been at the center of much controversy lately, in no small part due to Assassin Creed Unity’s high PC system requirements, the publisher’s upcoming racer, The Crew, seems to have a much more reasonable spec list.

While the game will only support 64-bit operating systems, it does have a fairly low barrier to entry. The minimum CPU requirement is an Intel Core 2 Quad Q9300 or an AMD Athlon II X4 620. You’ll need 4GB of RAM and on the graphics side you’ll need an Nvidia’s GTX 260 or  AMD’s Radeon HD4670.

Recommended specifications are a bit higher, requiring a first generation Intel Core i5 750 CPU or an AMD Phenom II X4 940. 8GB of RAM is recommended alongside an Nvidia GTX 580 or AMD Radeon 6870 GPU- no crazy VRAM requirements here, you’ll get by just fine with 1GB.

Before we move on to what Ubisoft calls the ‘optimal configuration’, you can check out a video showing off The Crew’s Nvidia GameWorks graphical features: 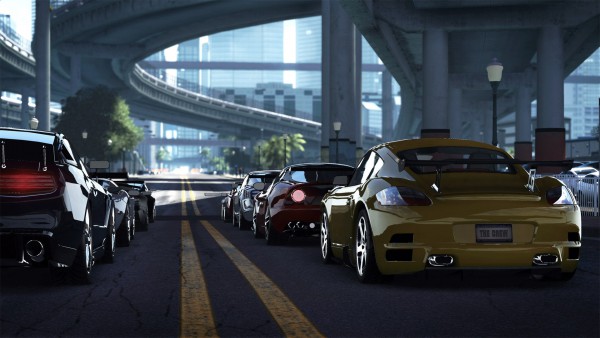 Ubisoft’s optimal configuration calls for an Intel Core i7 2600k Sandy Bridge CPU or an AMD FX-8150. You’ll still want to have 8GB of RAM and an Nvidia GTX 670 or Radeon 7870 will do the trick. It’s not specified exactly what this configuration is optimal for, many players will have different ideas as to what an optimal racing setup should include.

The Crew will launch on the PC, PS4 and Xbox One on the 2nd of December.

KitGuru Says: Hey look, an Ubisoft game with reasonable system requirements! Now I’m sure gamers would appreciate it if Ubisoft would stop saying or doing silly things for a while. Are any of you guys looking forward to The Crew? What do you think of the system requirements? It looks like a fair amount of effort has been put in to optimizing this game.