The first Humble Choice games may have been leaked

Back in October, it was announced that the Humble Monthly bundle would soon be changing to ‘Humble Choice‘, a new version of the subscription that offers up to ten games and allowing users to choose the ones they want each month. We don't have an announced date for when this change will take place but it looks like the first Humble Choice lineup has leaked, headlined by Shadow of the Tomb Raider.

According to a leaked image circulating on Reddit and other forums, the first month of Humble Choice will include: 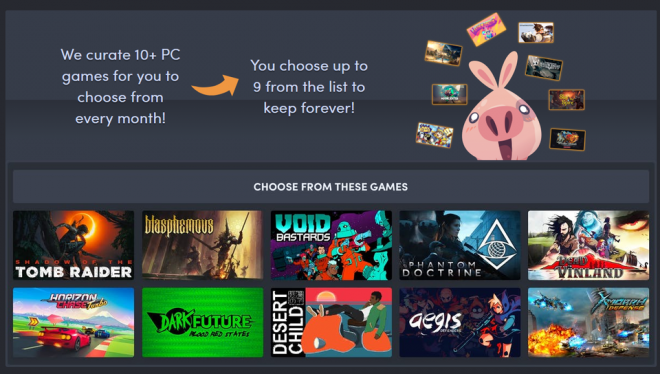 Given the timing of this leak, it has become unclear whether this will be the January bundle, or if it will fill out the rest of the games included in the December monthly bundle. Currently, the December bundle already has three early unlock games listed, including Yakuza Kiwami, Soul Calibur VI and My Time at Portia. If these other games are being added to that list, then it could be one of the best monthly bundles to date.

Humble has not confirmed or denied the leak. However, we do know that the rest of the games for the December bundle are going to be announced on December 6th, so we'll know a bit more then.

KitGuru Says: Whether these Humble Choice games end up being delivered in December or slip into January, it is a pretty solid list, particularly if you are carrying over your subscription from before the new tiers were introduced. What do you all think of the Humble Choice announcement so far? Would this list keep you sticking around?