When No Man’s Sky first released in 2016, the game was mired in controversies surrounding alleged broken promises made by the game's developer ‘Hello Games’. Since then, the studio has released multiple large free updates, each one adding new content, refining features, and improving the overall experience. The latest free update is called “Synthesis”, and is releasing today to all players of No Man’s Sky.

The update was announced by Sean Murray, the Managing Director and Co-Founder of Hello Games, saying: “Announcing The Synthesis Update! • Ship salvaging • First person exocraft • Multiple weapons • Ship upgrading • VR improvements • Tri base building parts • Backpack refiner • plus nearly 300 tweaks and changes for this game we love so much”.

Further details were divulged on No Man’s Sky’s website, including a new terrain editing system; protected terrain edits; the ability to save custom outfits; photomode and creature riding have both been enabled in VR; the starship space map has been overhauled; improved inventory management; new technology upgrades; among many other quality-of-life improvements. 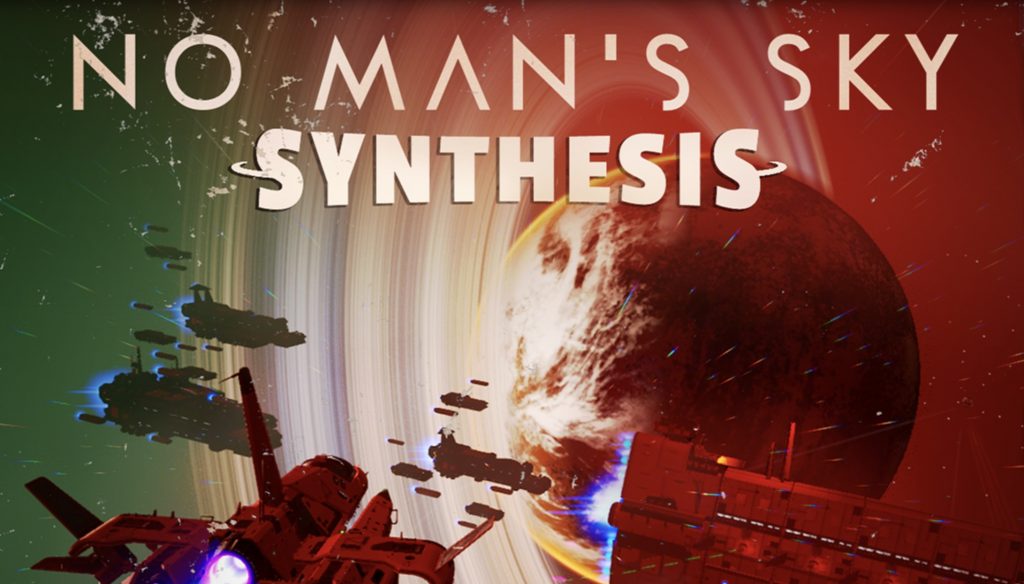 The Synthesis Update, available today, follows the major releases of the ‘Foundation Update’, the ‘Pathfinder Update’, the ‘Atlas Rises Update’, the ‘No Man’s Sky Next’ Update, ‘The Abyss Update’, ‘Visions’ update, and the ‘Beyond’ update – all of which have added significant features, improvements, and refinements.

Many outlets chose to re-review the game after the release of the Beyond update, with the general consensus from both the critics and fans being that the game has improved since its release in 2016. It appears that Hello Games is determined to continue improving the game, until No Man’s Sky becomes as good as it possibly can be. The full list of patch notes for the Synthesis Update is available here.

Previous Luke and Leo Get Technical Ep2 – The Intel vs AMD HEDT Episode!
Next The first Humble Choice games may have been leaked