There is a new Gears of War in the works over at Black Tusk Studios, which bought the IP from Epic Games last year. The game likely won't be out until 2016 so as you would expect, the game won't be coming to the Xbox 360.

Microsoft's ageing console has been around for about ten years now. Gears of War started on the console but its time to move on according to Jack Felling, a developer at Black Tusk Studios currently working on the Gears of War project. 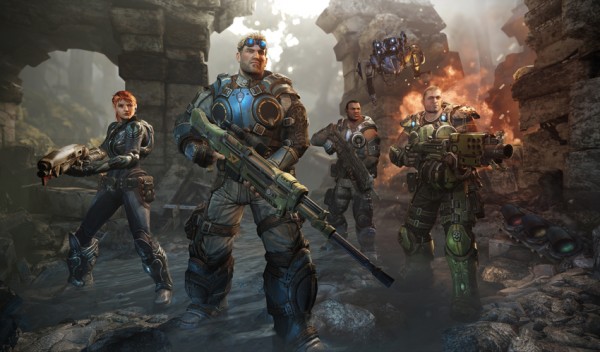 Obviously this makes perfect sense, while there are still people buying Xbox 360s, the hardware is incredibly out of date at this point and it is time for developers to move on and see what they can do with new hardware. Cross-generation games are becoming increasingly rare as more and more people adopt the new generation consoles.

Aside from that, there is no other news, We are expecting to hear something Gears of War related at Microsoft's own E3 press conference in June. The company also recently denied rumours that a ‘Marcus Fenix Collection' was in the works for Xbox One, which would presumably collect together the previous Gears of War titles.

KitGuru Says: Developers are slowly giving up on last generation hardware, which is a good thing as it means games won't be limited to the capabilities of decade old hardware. While the Xbox One and PS4 are still arguably far behind current generation PCs, they are both still far more powerful than the 360 and PS3.