Just as previously leaked, the Steam Summer Sale has officially gone live today. As is the case during the sale season, the Steam servers are currently under heavy load and are being somewhat unstable for now. If you do manage to get it to load though, then you will be greeted by some solid featured deals.

Today's featured deals include Assassin's Creed Odyssey for £25, Devil May Cry 5 for £30, South Park: The Fractured But Whole for £5, Just Cause 4 for £18 and many more. 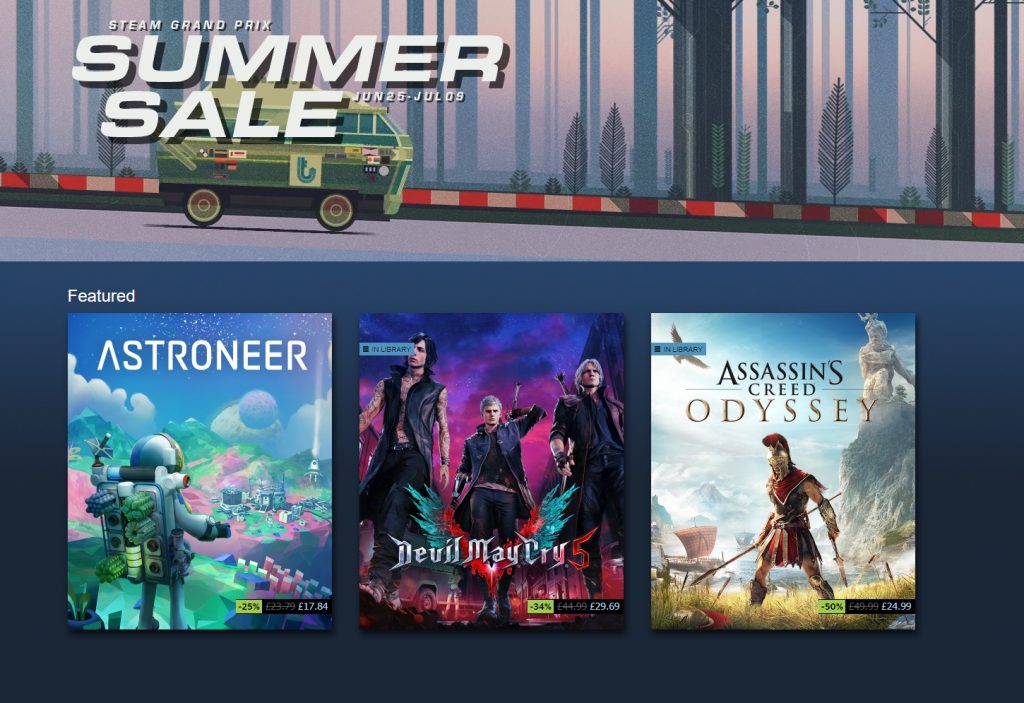 If you've had a game on your wishlist, then now is the time to check prices and maybe make the jump. The sale is running from the 25th of June until the 9th of July and all deals should remain live for that entire period, so there isn't a huge rush.

KitGuru Says: If Dragon Quest XI ends up going on sale, then I may end up picking that up. Are there any games you have your eye on during the sale?