In the last year, two shipments of Nintendo products have been stolen in transit here in the UK and now the same thing is happening to Sony, as a “violent assault” resulted in early copies of Uncharted 4: A Thief's End being stolen. A few copies of the game have already surfaced in the UK, according to Sony Interactive's president, Shuhei Yoshida, who has spoken out to warn fans of potential spoilers for the final game in Naughty Dog's series.

Writing on the PlayStation blog, Yoshida explained the situation: “We have some unfortunate news to report that a number of copies of Uncharted 4: A Thief’s End were stolen while in transit. While we are continuing to work with the police to resolve the matter – which is the subject of an ongoing criminal investigation – it appears that a few copies of the game have surfaced in the UK.” 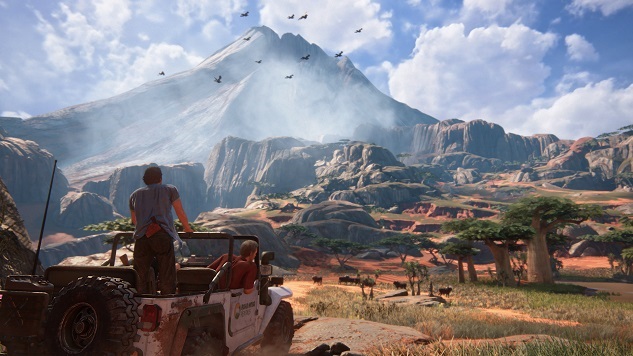 “From what I have played of Nathan Drake’s latest adventure, I can tell you that it is very much worth the wait. As with most Naughty Dog games, the unfolding story is such an integral part of the experience and for this reason we wanted to warn you to beware of the potential for spoilers to be posted by people with access to stolen copies of the game.”

In a statement sent to MCV, a Sony spokesperson added that the game's release date is still the 10th of May, even though some may manage to get their hands on the game early. “We would like to reassure our players and partners that we are taking all possible steps to make the launch of Uncharted 4: A Thief’s End the success it deserves to be for the millions of fans of Naughty Dog and the Uncharted series.”

KitGuru Says: You can't help but feel bad for the team that put thousands of hours of work into this project, only to have something like this happen so close to launch.

Previous Would you spend £300 on a Dyson hair dryer?
Next Details of seven million Minecraft accounts have been exposed