Last month, Valve began rolling out the revamped Steam Chat client in an effort to better compete with the likes of Discord. The UI received a complete overhaul and a few features were improved, including group chats, inline multimedia support, better voice chat etc. The new client has been in beta for the last six weeks, but today, it is rolling out to everyone.

The final release version of the new Steam Chat client comes with a number of changes and fixes. Most of these are ‘under the hood' changes to increase performance, particularly for the web-based client. 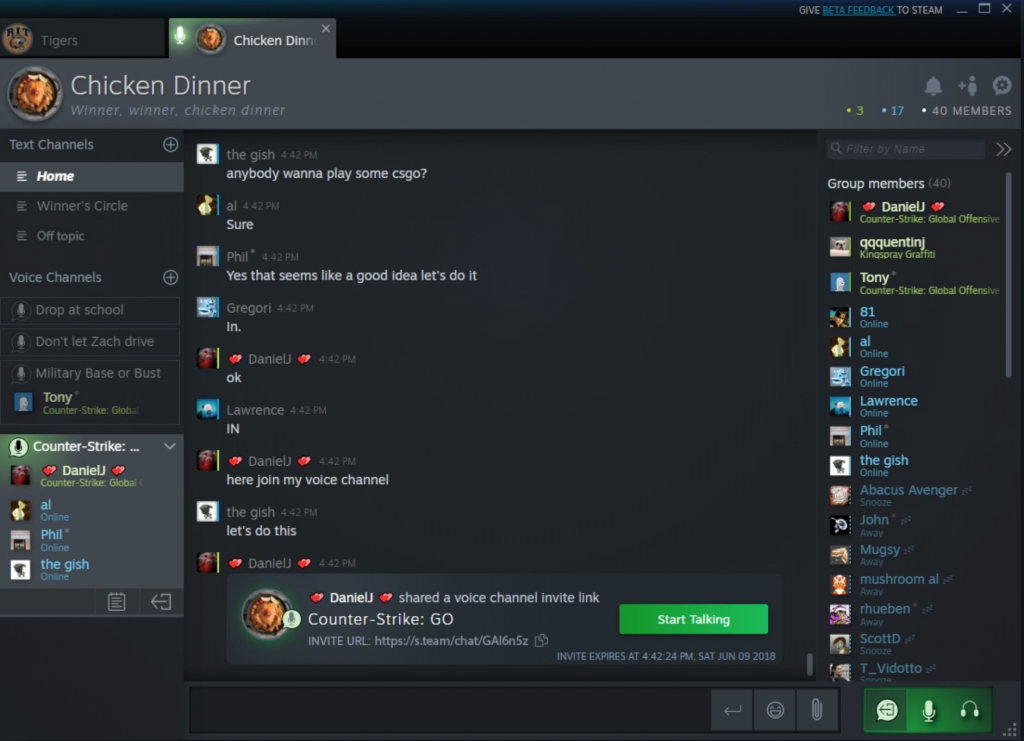 With the new Steam Chat, you can add favourite friends, groups, and chats to the top of the chat window for easy access. Online friends are now grouped by what game they are playing. You can also see what exactly a friend is doing in the game, whether sitting at the main menu or currently in a match. In addition, Steam Chat can now show you which of your friends are in a party together.

You can set up group chats and send out game invites or voice calls with the entire group. Users can also finally embed video, images, gifs etc within the chat box, similarly to Discord. End-to-end encryption is also in place for user privacy.

Valve has said that more updates will be coming down the line, so we can expect to see more soon.

KitGuru Says: I still mainly use Discord for communicating with friends while gaming. However, I have started enjoying the way friends are grouped in Steam chat. Do many of you still use Steam's built-in chat system? Are there any changes you would like to see made to the new client?