Visceral’s secret Star Wars game is a ‘few years’ away

We got our first new triple-A Star Wars game in years in 2015 with the launch of Battlefront but one of EA's other studios, Visceral Games also has a secret Star Wars project in the works, backed by the writer of the Uncharted series. Visceral's game is said to be action-based and while we have been hearing murmurs about it for some time now, the game is still “a few years away”.

Speaking at EA's Q3 2016 earnings call (Via: IGN), CFO Blake Jorgensen spoke about upcoming releases in the company's portfolio, saying that the publisher is currently investing in some action-based games and has brought people on like Amy Hennig (Uncharted writer) and Jade Raymond (Assassin's Creed producer). 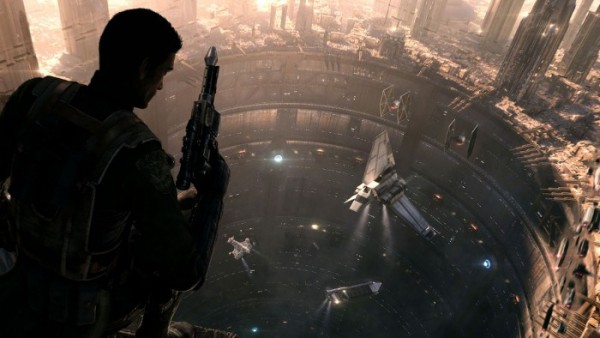 “We are down to less than 15 major SKUs and that feels like a good size of the business and we are obviously announcing that we are investing in some action-based SKUs by bringing people like Jade Raymond and Amy Hennig into our organization to help build those. And those are obviously a few years out in our SKU plan.”

While Star Wars wasn't mentioned specifically, we do already know that Amy Hennig is specifically working on Visceral's Star Wars game. News that the game could still be a few years away also gives some credit to rumours that it could be based on or tie into the upcoming Han Solo movie, which is coming in 2018.

KitGuru Says: We have been hearing little bits about Visceral's Star Wars game for over a year now but from the sounds of it, we are still quite a way from hearing anything official or getting a release date.