Watch Dogs is finally coming out after its unexpected and abrupt delay back in October last year. A leaked trailer suggests that Ubisoft is ready to promote pre-orders again while it’s confirmed that the game will finally fall in to the hands of gamers on the 27th of May.

Originally pre-orders along with the trailer and release date reveal were supposed to go live at 5pm UK time but due to the leaks as well as a tweet from a GAME UK Twitter account, the release date has officially been confirmed by Ubisoft. Geoffroy Sardin, EMEA Senior Vice President of Sales and Marketing at Ubisoft said:

“We are pleased to be able to reveal to gamers all over the world the new release date for Watch Dogs. We are extremely confident that the additional time we afforded the dev team to refine and polish the game will be more than worth the wait.” 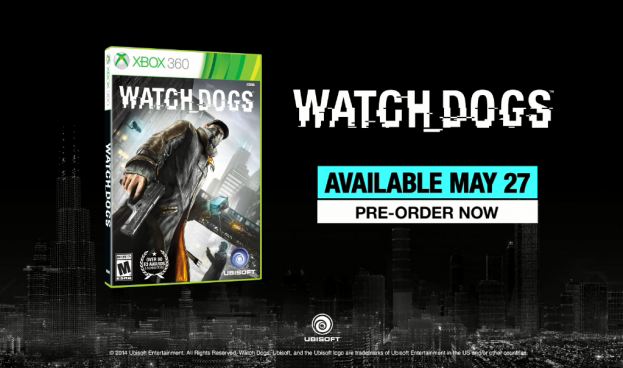 VideoGamer has the trailer up right now for those who can’t wait to check it out but be quick because copies of the leaked trailer are disappearing very quickly as it hasn’t been officially revealed yet. Earlier this year there were rumours about the future of the Wii U version of the game, it’s still coming but it won’t be at the same time as the other platforms.

Update: The trailer is now available to watch here:

KitGuru Says: I’ve been pretty excited for Watch Dogs for some time now, One thing that I’m really looking forward to is how friends can drop in on your game unannounced and mess with you. Hopefully the extra time the developers took to create the game will have been worth the wait. Are you guys excited for Watch Dogs?